You are browsing the search results for "Erle Stanley Gardner" 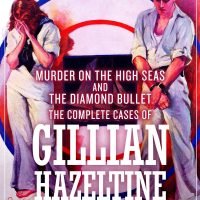 Murder on the High Seas and The Diamond Bullet: The Complete Cases of Gillian Hazeltine (The Argosy Library)

Long considered the prototype of Erle Stanley Gardner’s fictional attorney, Perry Mason, Gillian Hazeltine was the most popular criminal attorney/investigator series characters from the golden era of the pulps. Author George F. Worts is known for his adventure characters Peter the Brazen and Singapore Sammy, but Gillian Hazeltine was his longest-running series, clocking in at nearly 30 courtroom adventures. This edition collects two successive adventures:

Murder on the High Seas: a female passenger on the schooner Jula Jungle has been accused of murdering her own father by the entire crew. Hazeltine has agreed to defend her, but shall he regret the decision once he learns his lifelong opponent—D.A. Yistle—is acting as the Federal prosecutor?

The Diamond Bullet: Doomed to be convicted of murder by the reluctant testimony of the girl who loves him, a young farmer is being sacrificed to gangsters’ political ambitions… and Hazeltine doesn’t see any way to save him. 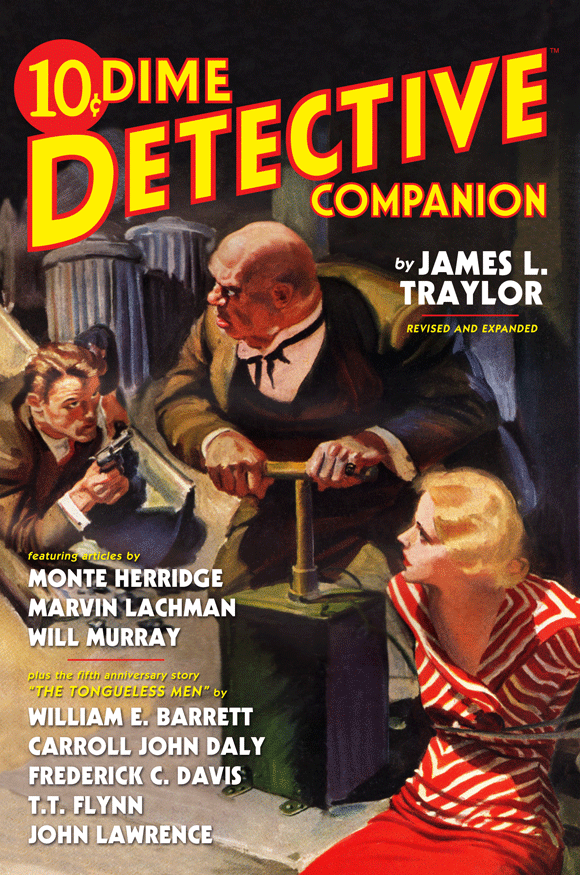 Dime Detective Magazine was second only to Black Mask as the dean of detective/P.I./hard-boiled pulp magazines, and was the home of Carroll John Daly, Frederick Nebel, John D. MacDonald, Cornell Woolrich, Erle Stanley Gardner, and many other top-notch scribes. This book indexes all 274 issues of Dime Detective, contains several articles on the series and its writers, and as a bonus, the fifth anniversary round-robin story from the November 1936 issue, “The Tongueless Men,” by William E. Barrett, Carroll John Daly, Frederick C. Davis, T.T. Flynn, and John Lawrence.

Save 30% This Weekend, Day 2: The Argosy Library Series 5

From the Pulp Publisher By Matthew Moring November 30, 2019

For some recent Pulp sales we follow the gun-powder smell over to BLACK MASK and see ten arresting prices. If it

From the Pulp Publisher By Matthew Moring October 21, 2014