Each day, we’re unveiling several new books. Today we’re unveiling the 10-book set of Series 4 of The Argosy Library, featuring the books by Max Brand, Ralph Milne Farley, and George Allan England, and featuring characters such as Peter the Brazen, Semi Dual, Jigger Masters, and Sheriff Henry. These are available in hardcover, softcover, and ebook formats.

We’ll have more new releases tomorrow, so be sure to visit www.altuspress.com often.

Use the promo code 2018turkey on these and just about everything else we sell on www.altuspress.com.

Altus Press is the leader in vintage pulp fiction reprints, covering superhero, adventure, mystery, detective, and other genres in high-quality editions. We already have free shipping on softcovers on order over $35, so now’s the time to stock up on Altus Press releases.

But hurry: this promo code will expire after November 26th!

Use this promo code on hundreds of titles on www.altuspress.com including these new releases: 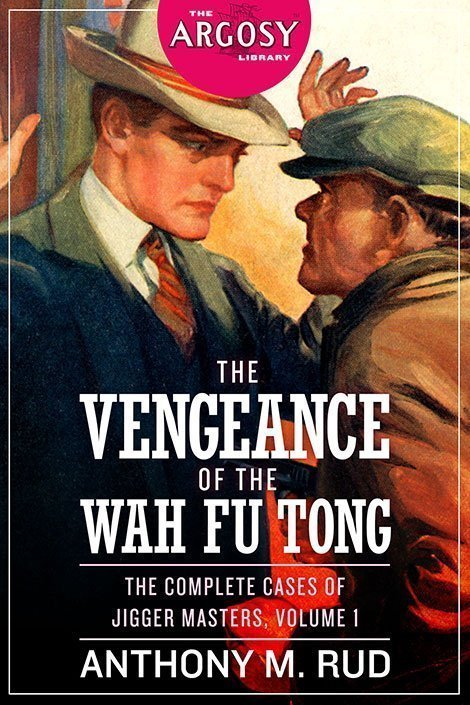 The Vengeance of the Wah Fu Tong: The Complete Cases of Jigger Masters, Volume 1 (The Argosy Library)

by Anthony M. Rud, illustrated by Robert A. Graef

Though author Anthony M. Rud made his mark as one of the scribes to appear in the first issue of Weird Tales, and soon after, as a long-time editor of the prestigious Adventure Magazine, he never forgot his series character, J.C.K. “Jigger” Masters, whom he introduced in a series of offbeat, bizarre mysteries which sometimes drifted into the realm of the supernatural in the pages of The Green Book magazine. For the first time, Rud’s initial eight Masters stories are collected, along with the original illustrations by the incomparable Robert A. Graef. 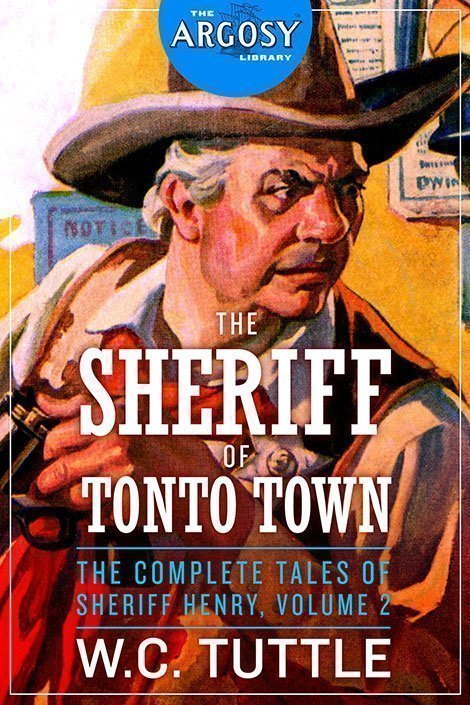 The Sheriff of Tonto Town: The Complete Tales of Sheriff Henry, Volume 2 (The Argosy Library)

Once voted Adventure magazine’s most popular author, W.C. Tuttle introduced the world to one of his longest-running—and most popular—series characters, Henry Harrison Conroy, in the pages of Argosy. Collected here are the next two novels: “The Sheriff of Tonto Town” and “Suspected by Henry.” 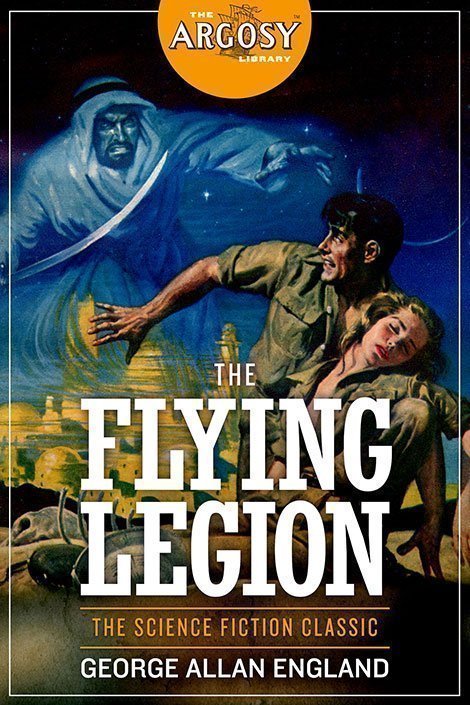 The Flying Legion (The Argosy Library)

Thirty reckless, war-tried flyers—a Master stern and grim of purpose—and all the world their helpless toy as they streaked across the heavens to tear the veil from Earth’s last mysteries…. Never was there more dangerous venture—never more fabulous quest—than the voyage of the winged New World argonauts, pledged to each other to the end by a mystic bond as old as time itself…. Featuring illustrations by acclaimed fantasy artist Lawrence Sterne Stevens from this story’s appearance in Fantastic Novels Magazine. 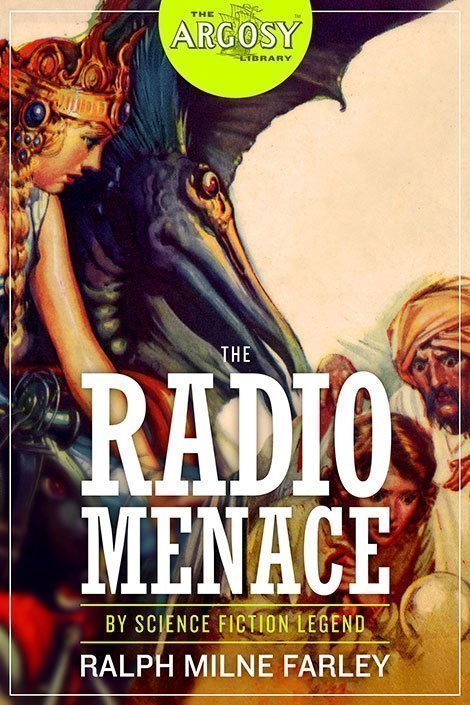 The Radio Menace (The Argosy Library)

When Boston’s U.S. Assistant District Attorney disappeared, not even the investigators knew that this was the opening gun of a weird and secret invasion of America. Trailing this disappearance, reporter Larry Larrabee finds himself pitted against amazing adversaries with strange scientific weapons and stranger, non-human allies: an overwhelming army of robots led by beast scientists from the planet Venus.

One of the most beloved of the fantastic story pulp authors akin to Edgar Rice Burroughs, author Ralph Milne Farley pens another installment of his popular Radio series. 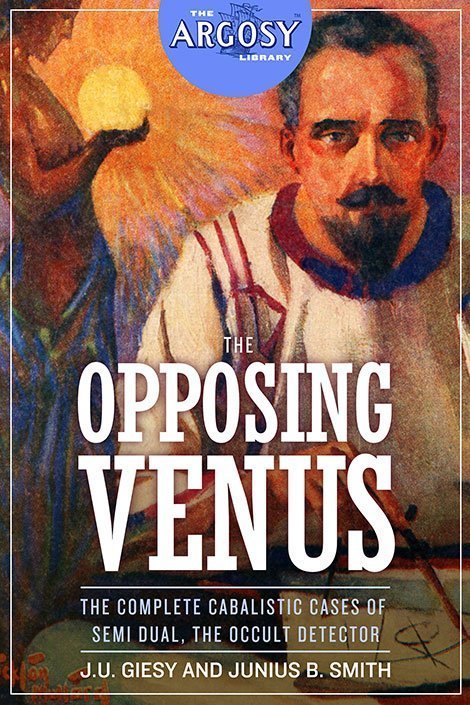 The Opposing Venus: The Complete Cabalistic Cases of Semi Dual, the Occult Detector (The Argosy Library)

by J.U. Giesy and Junius B. Smith

Semi Dual returns in another suspenseful mystery which only his occult skills can resolve. Dorien, a wealthy man about town, is shot and wounded in his apartment in the course of what Inspector Johnson suspects is an extortion attempt. But Dorien won’t talk, leading the Inspector to call on Glace & Bryce—private investigators—and their strange partner, Semi Dual, the recluse and astrologist who uses his occult powers to straighten out the tangles of human affairs. 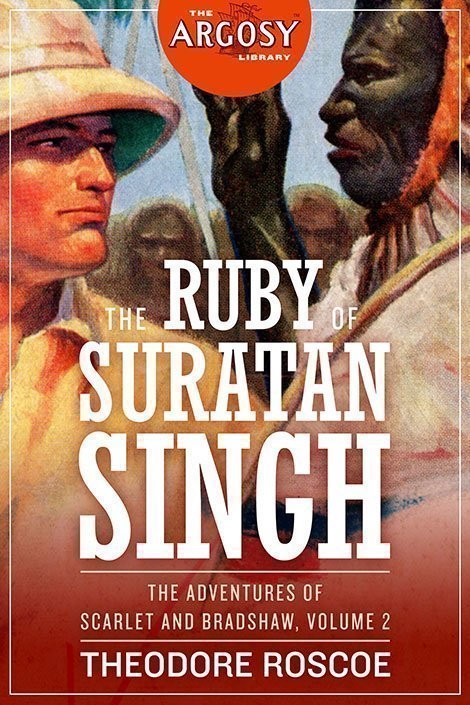 The Ruby of Suratan Singh: The Adventures of Scarlet and Bradshaw, Volume 2 (The Argosy Library)

Best remembered as the author of Thibaut Corday and his French Foreign Legion yarns, author Theodore Roscoe wrote another, little-known, long-running series: the adventures of curio hunter Peter Scarlet and Bradshaw, the naturalist. While each appeared in solo stories, they also teamed up in several yarns. These tales of treasure in the Orient are action-filled adventure by one of pulpdom’s best. Volume 2 collects the next six adventures, taken from the pages of Action Stories, Far East Adventure Stories, and Argosy magazines. 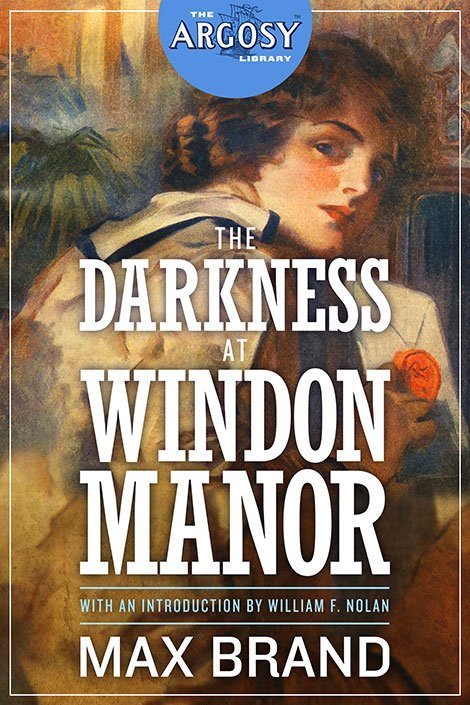 The Darkness at Windon Manor (The Argosy Library)

Something natural—or supernatural—enters the soul of Andrew Creel, a commonplace young man, and drives him into a swift game where death is a probability on the one side and love only a possibility on the other. Creel plays it to the end: an end unlike the end that seemed so sure when dusk fell on the garden of that charming mansion with its sinister residents. Author Max Brand graced the pages of Argosy with this tale of mistaken identity, a femme fatale, and a haul of stolen jewels in a never-before reprinted story, along with an all-new introduction by Brand historian William F. Nolan (Logan’s Run). 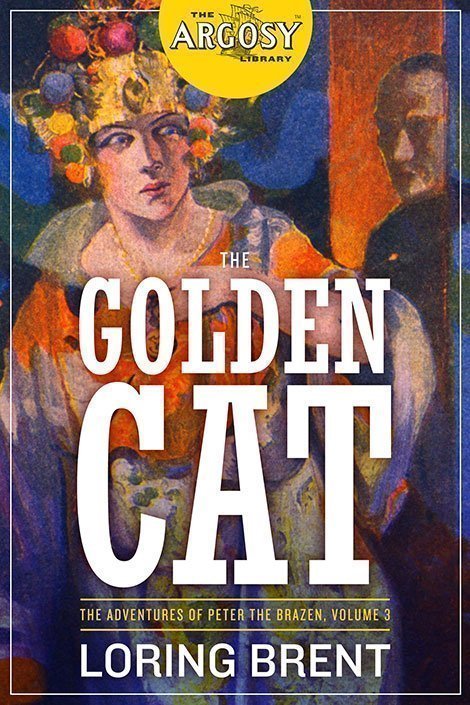 The Golden Cat: The Adventures of Peter the Brazen, Volume 3 (The Argosy Library)

Peter Moore is back! In this next story in the series, Jonathan Driggs, journeying in search of his love, Gloria Dale, has learned that she was become the mistress of Fong-Chi-Ah, fiend of all Asia. At the same time, the Golden Cat—a symbol of the long-absent Queen Shari—has been stolen. Elsewhere in China, wireless operator Peter Moore receives a message from a “Gloria Dale:” a mysterious woman seemingly kidnapped, and wearing a Golden Cat around her neck….

Written by long-time Argosy author George F. Worts under his primary pen-name, Peter the Brazen made a marked impression on Argosy reader Lester Dent when he co-created Doc Savage. The saga of Peter the Brazen is amongst the best adventure series in the history of pulp fiction. 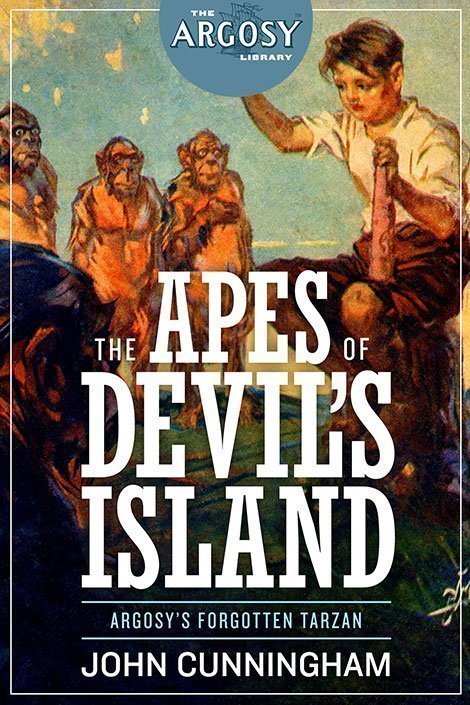 The Apes of Devil’s Island (The Argosy Library)

When Jimmy Wendell takes a yachting trip with some friends, he never expected to become involved in an attempted murder of the crew and the ship’s destruction on a reef. Making it to a small, shark-encircled island, Wendell will soon learn of the Apes of Devil’s Island. Argosy often revisited the themes from their most popular stories, and this is no different: author John Cunningham pens a tale of high adventure that has been forgotten for too long. 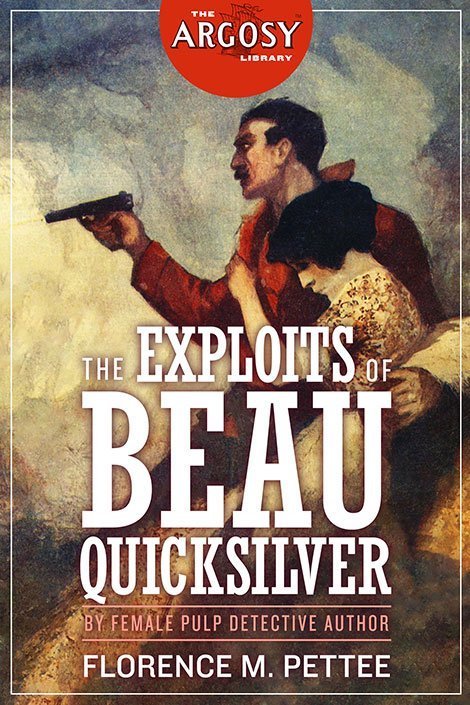 The Exploits of Beau Quicksilver (The Argosy Library)

Scourge of the underworld, “that damned dude dick”—Beau Quicksilver was an enigmatical crime-chaser—a mercurial master. A predecessor to Philo Vance, this detective solved seven separate cases in the pages of Argosy magazine, published in consecutive issues.

Author Florence M. Pettee’s work appeared in several of the top pulp magazines of the 1920s, including Black Mask, and her quirky characters known for their offbeat gimmicks and situations… not to mention her distinctive prose. Often written about—but never reprinted—the exploits of Beau Quicksilver belong in The Argosy Library.

*This promo code will only work on purchases made on www.altuspress.com and nowhere else (meaning that it does not apply to Will Murray’s books sold on www.adventuresinbronze.com). Vintage collectables, t-shirts, and already-discounted bundles are excluded. Minimum purchase of $35 required. Expires November 26, 2018 at midnight.