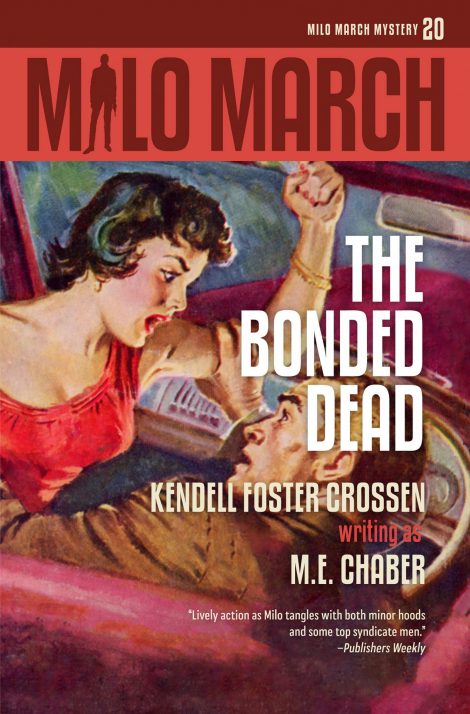 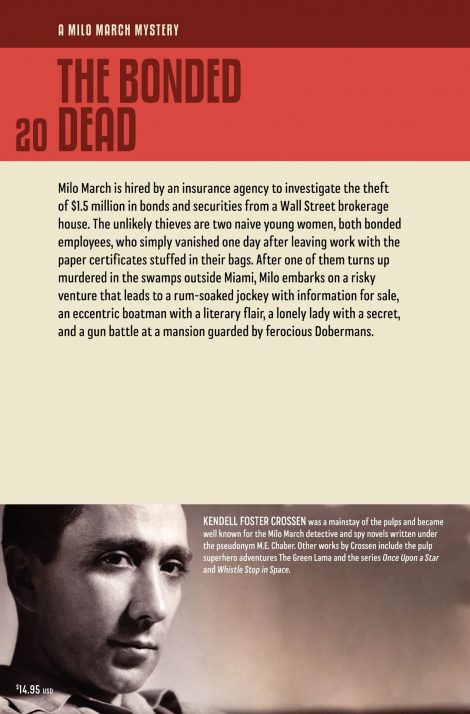 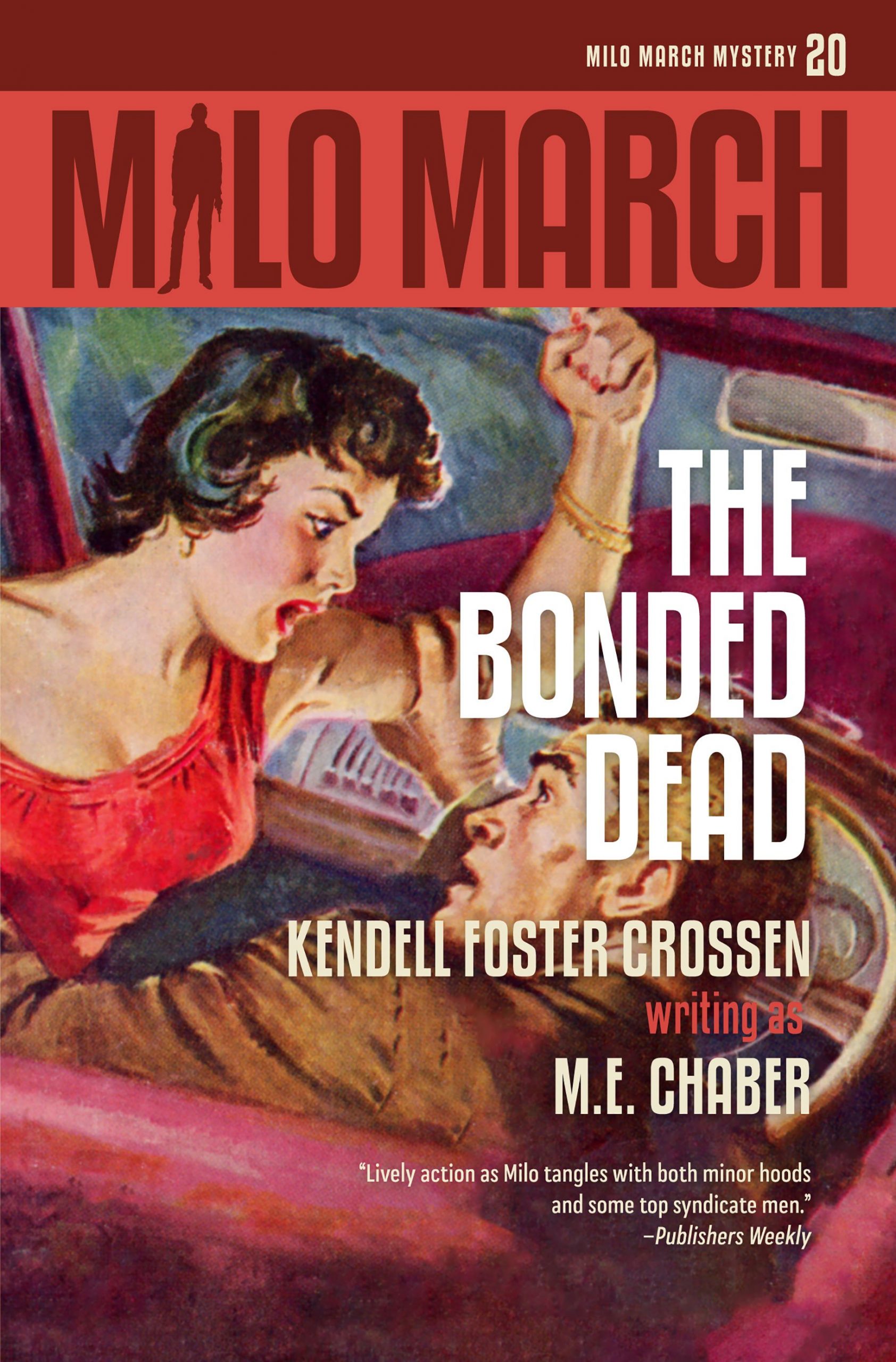 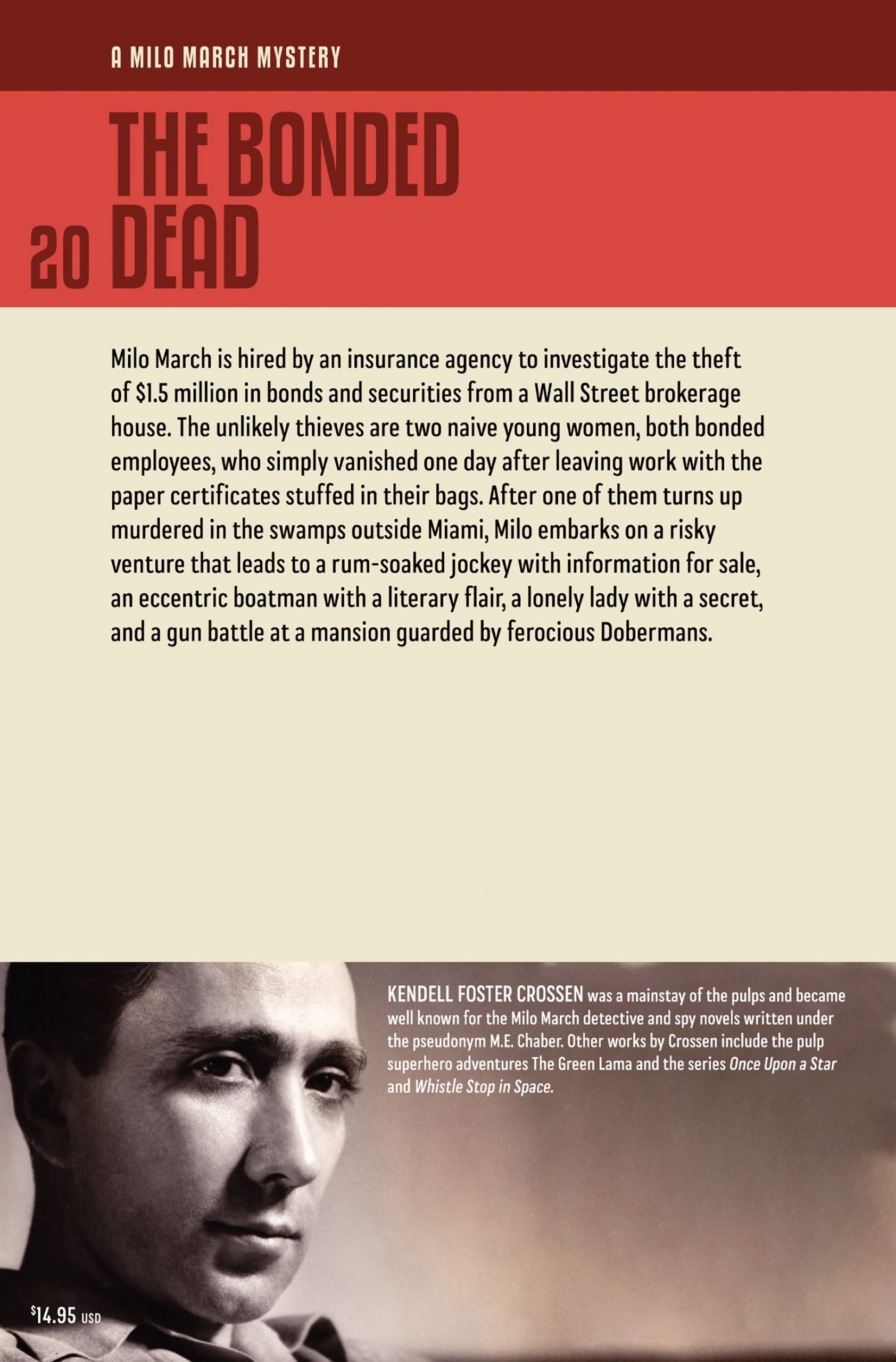 Two naive young women, both bonded employees at a New York brokerage firm, leave work one day with $1.5 million in bonds and securities stuffed into their bags. The only way to cash in the securities is by selling them to someone in the Syndicate. And it’s just a matter of time before that someone will start to worry about the fact that the girls could testify against him. After one of the girls is found murdered and dumped in the Everglades, insurance investigator Milo March is sent to track down the remaining witness and recover the stolen goods from the Miami underworld.

At the time, the two naive young women took it as a joke. Wilma and Jane, both bonded employees at a New York brokerage firm, were squares aspiring to be swingers. And so, at the suggestion of their new boyfriends, they left work one day carrying oversized pocketbooks. The next day it was discovered that bonds and securities worth $1.5 million were missing. And so were Wilma and Jane.

How would amateurs like Wilma and Jane dispose of stolen securities? The only way is to sell them to someone with connections in the Syndicate. He in turn sells it to one of his connections, who sells it to another connection, and eventually it winds up somewhere in Europe where they can’t be traced. The boyfriends must have helped the girls by making these sales.

But what if the girls spill the beans? In a way it’s no surprise when the Miami cops pull Wilma’s body out of the Everglades. Obviously she was murdered so that she couldn’t be a witness. The suspect, the man she loved, has an alibi—furnished by a Syndicate don who bought the goods.

It is up to Milo March, chief investigator for Intercontinental Insurance Company, to find out who has the bonds and securities, and arrange to get them back. But first there is the matter of Jane. She is now the only person who can put the finger on the two men who committed the original crime; and those two men are the only ones who can reveal who in the Syndicate they sold the goods to. If the gun-toting thugs who are dogging Milo’s every step haven’t already killed Jane, they will when they catch up with her—unless Milo gets to her first.

With her disguised identity, it may to be tough to track her down. She may be in Florida or she may be somewhere else. She’s just one more good-looking broad in the sea of desirable women that seem to surround Milo—almost indistinguishable, except for a very unusual scar that she is known to have….

“Lively action as Milo tangles with both minor hoods and some top syndicate men.” —Publishers Weekly

The Bonded Dead “sends Milo March to Florida on the trail of a million and a half in bonds and securities that vanished from a brokerage house with two bonded secretaries. In spite of the fact that the girls had been photographed and fingerprinted, and their amateur status well established, their disappearance is complete until death claims one of them.” —Library Journal