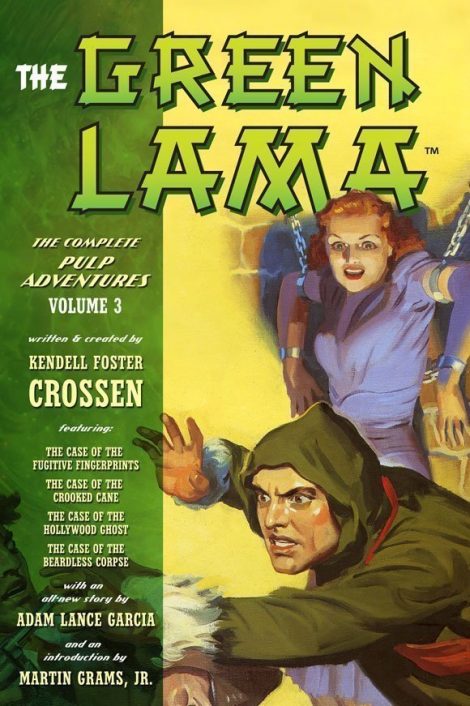 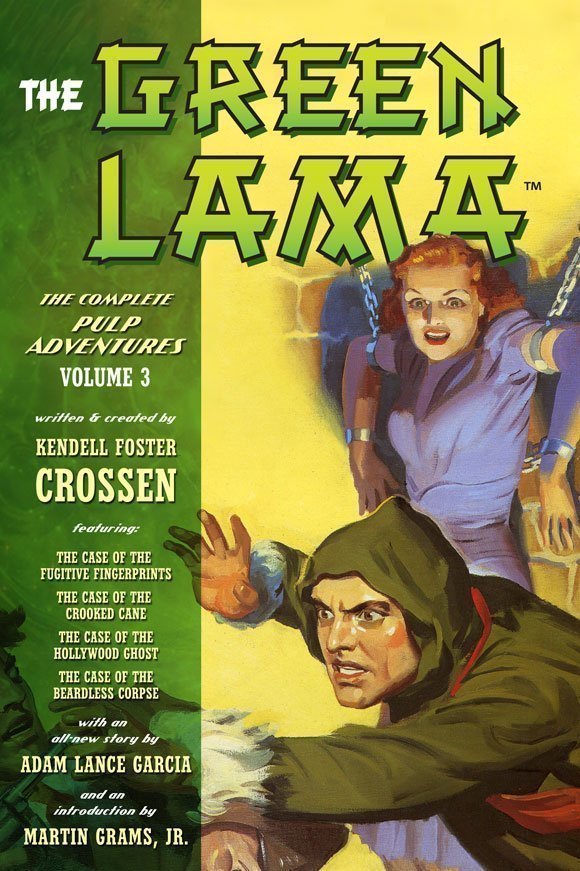 Om! Ma-ni pad-me Hum! The first of its kind, the complete adventures of the Green Lama follows the adventures of Buddhist Jethro Dumont and his aides as they battle the forces of evil in the western world. Written by Kendell Foster Crossen, it’s non-stop action in the vein of The Shadow! Never completely reprinted before, the series is collected in three volumes. Each volume contains an all-new introduction, focusing on a different aspect of the character’s life across several forms of popular media. Volume 3 contains in introduction by radio historian Martin Grams, Jr. and features the final four stories: “The Case of the Fugitive Fingerprints,” “The Case of the Crooked Cane,” “The Case of the Hollywood Ghost,” and “The Case of the Beardless Corpse,” as well as an all-new epilogue by Adam Lance Garcia and Mike Fyles: “The Case of the Final Column.”