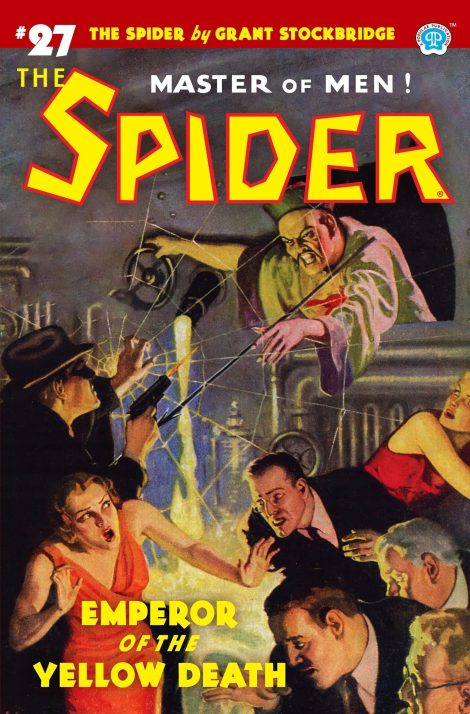 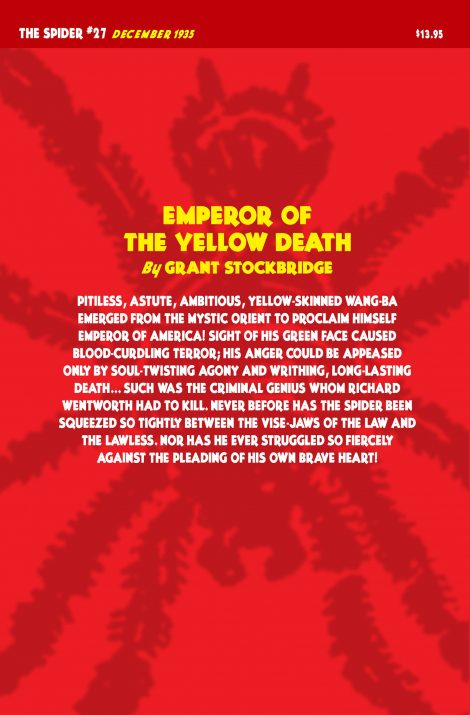 The Spider #27: Emperor of the Yellow Death 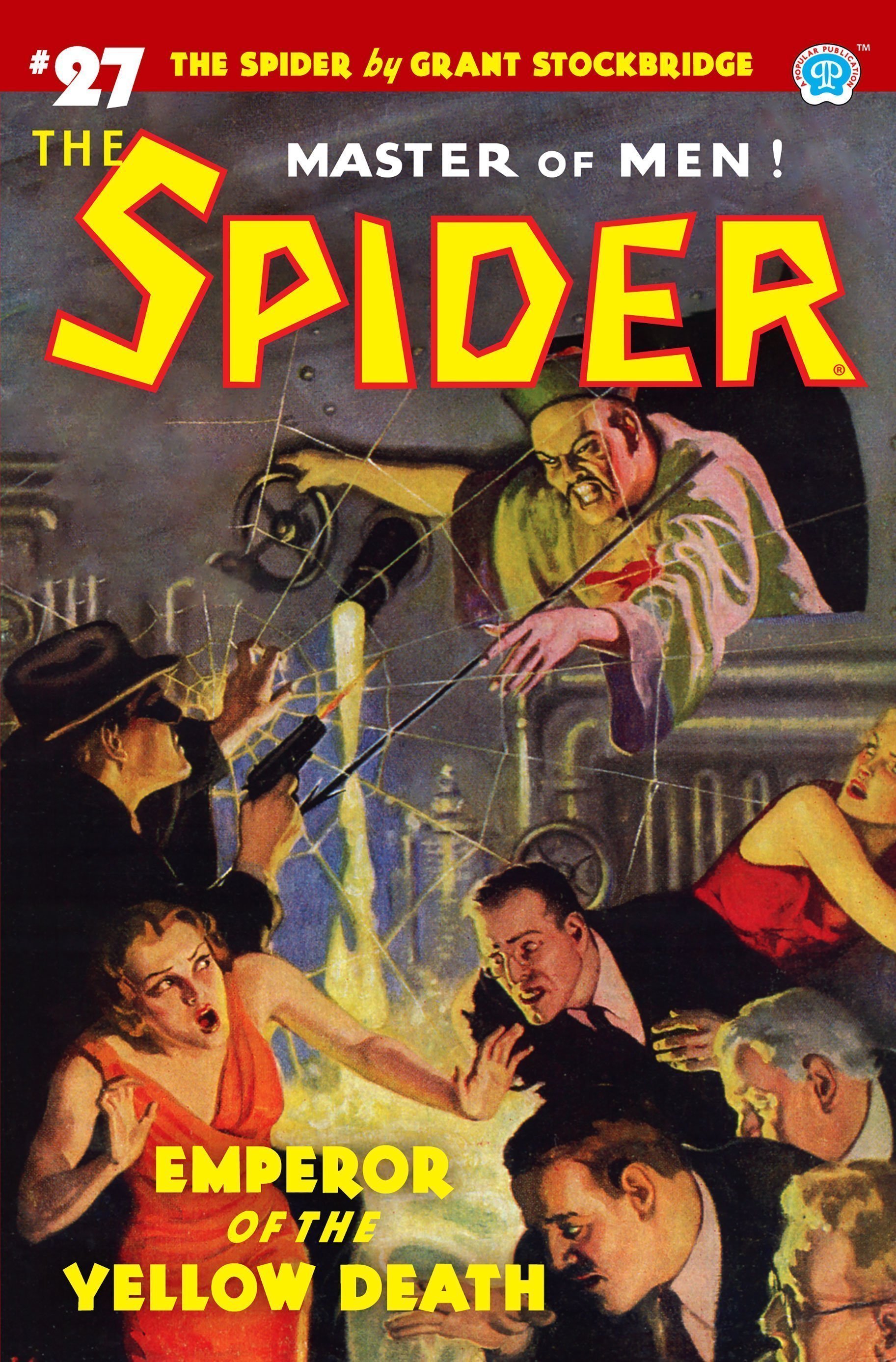 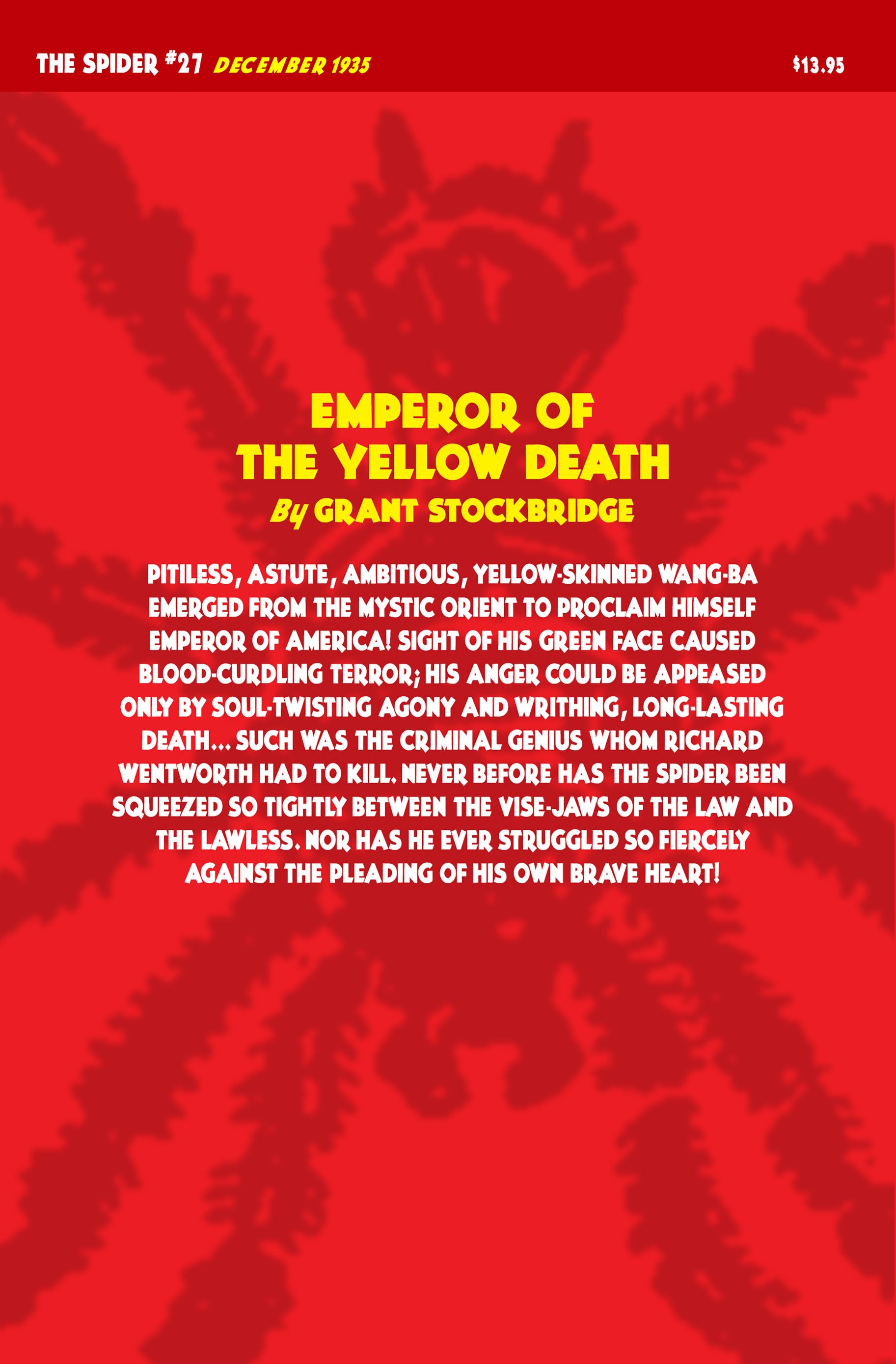 The Spider #27: Emperor of the Yellow Death

Pitiless, astute, ambitious, yellow-skinned Wang-ba emerged from the mystic Orient to proclaim himself Emperor of America! Sight of his green face caused blood-curdling terror; his anger could be appeased only by soul-twisting agony and writhing, long-lasting death… Such was the criminal genius whom Richard Wentworth had to kill. Never before has the Spider been squeezed so tightly between the vise-jaws of the Law and the Lawless. Nor has he ever struggled so fiercely against the pleading of his own brave heart!

Pitiless, astute, ambitious, yellow-skinned Wang-ba emerged from the mystic Orient to proclaim himself Emperor of America! Sight of his green face caused blood-curdling terror; his anger could be appeased only by soul-twisting agony and writhing, long-lasting death… Such was the criminal genius whom Richard Wentworth had to kill. Never before has the Spider been squeezed so tightly between the vise-jaws of the Law and the Lawless. Nor has he ever struggled so fiercely against the pleading of his own brave heart!

Be the first to review “The Spider #27: Emperor of the Yellow Death” Cancel reply

In the previous novel, the Spider faced off with the Bat Man; in this one he goes against Wang-ba. While this Chinese name might sound more appropriate for a Bat Man, according to Norvell Page, the name in Mandarin means “Turtle,” apparently an insult to Chinese.

“Emperor of the Yellow Death” is the 27th Spider novel. Of the first 27 Spider novels so far, this is the third one where Chinese are the villains, the other two being “Dragon Lord of the Underworld” (July 1935) and “The Red Rain Death” (December 1934). We saw that the “Dragon Lord of the Underworld” was highly offensive to today’s standard of ethno-equality with many racial slurs being used in it. This novel is more like “The Red Rain Death” in that another ethnicity, such as Rumanians or Nigerians, could have been used without changing substantially the characterization of the villains. To be sure, as in all of Page’s novels, the bad guys are really bad, enjoying the tragedy and death of hundreds and thousands (and perhaps even millions) of their victims, but the racial slurs are much less in these two novels.

Wang-ba sends death by hyenas, lions, and snakes. Explosives are also where one bomb destroys two tenements taking out hundreds of residents. Poison gas is another tool for destruction. He intends to kill 10 politicians and 500 other people every day in the NY City until the USA pays him a ransom of $100,000,000, perhaps on the order of $10B in today’s dollars. As the story progresses, transportation systems become compromised, and food supplies within the city begin to dwindle. (Where is the army?  Presumably if the situation deteriorated to what we find in this story, we would find every resource of the nation brought to bear to stop Wang-ba, but in this one, it is up to the city police force and the Spider…a nd guess which one does the deed!)

When the Spider and Wang-ba meet in Chapter 4, the Spider is taken prisoner. The enemy is able to overcome the Spider’s willpower, apparently via the use of drugs, and sends him to do his bidding, initially to kill Governor Kirkpatrick.  Only by the will of Nita with the able assistance of Ram Singh is the Spider brought back to reality and revitalize to continue the fight. Once again the feisty Nita saves her man.

Having escaped the Turtle, Wentworth/Spider continues his battle with him, similarly to what we have seen in previous stories.

One unique scene occurs when the Wang-ba catches the Spider a second time and allows him to view a group of the Chinese’s enemies that had been promised mercy being fed alive to ferocious turtles in an enormous water tank. There is actually a drawing of a man trying to escape being eaten by the turtles with Wentworth chained and forced to watch from dry ground. In another drawing, a turtle with a severed arm in its mouth. After the last of these men are no longer screaming, the hungry turtles decide to take bites from the Spider. We see yet a third drawing of Wentworth fighting off the turtles using a chair much like a lion tamer would use. He is successful, though, and even uses a turtle’s razor beak to break his chains allowing him to escape.

Captured a third time, Wang-ba seems to put Wentworth once again under his spell, but the Spider is only acting. When “forced” to behead Kirkpatrick, he uses the sword given to him to end the life of Wang-ba and thereby end the threat to NY City.

Another good Spider novel from Norvell Page!  However, I must admit that following the great “Death Reign of the Vampire King,” this one as most Spider novels would fall a little short of that grand standard.