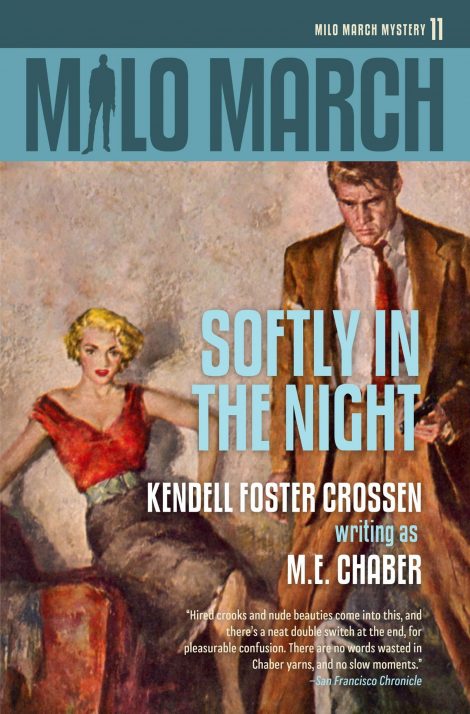 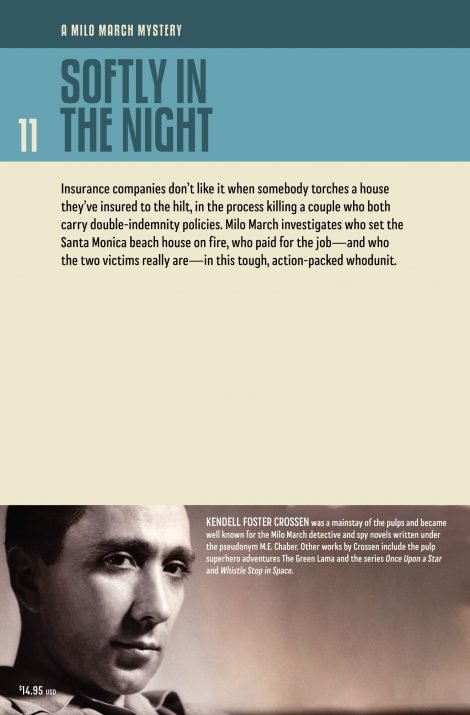 Milo March #11: Softly in the Night 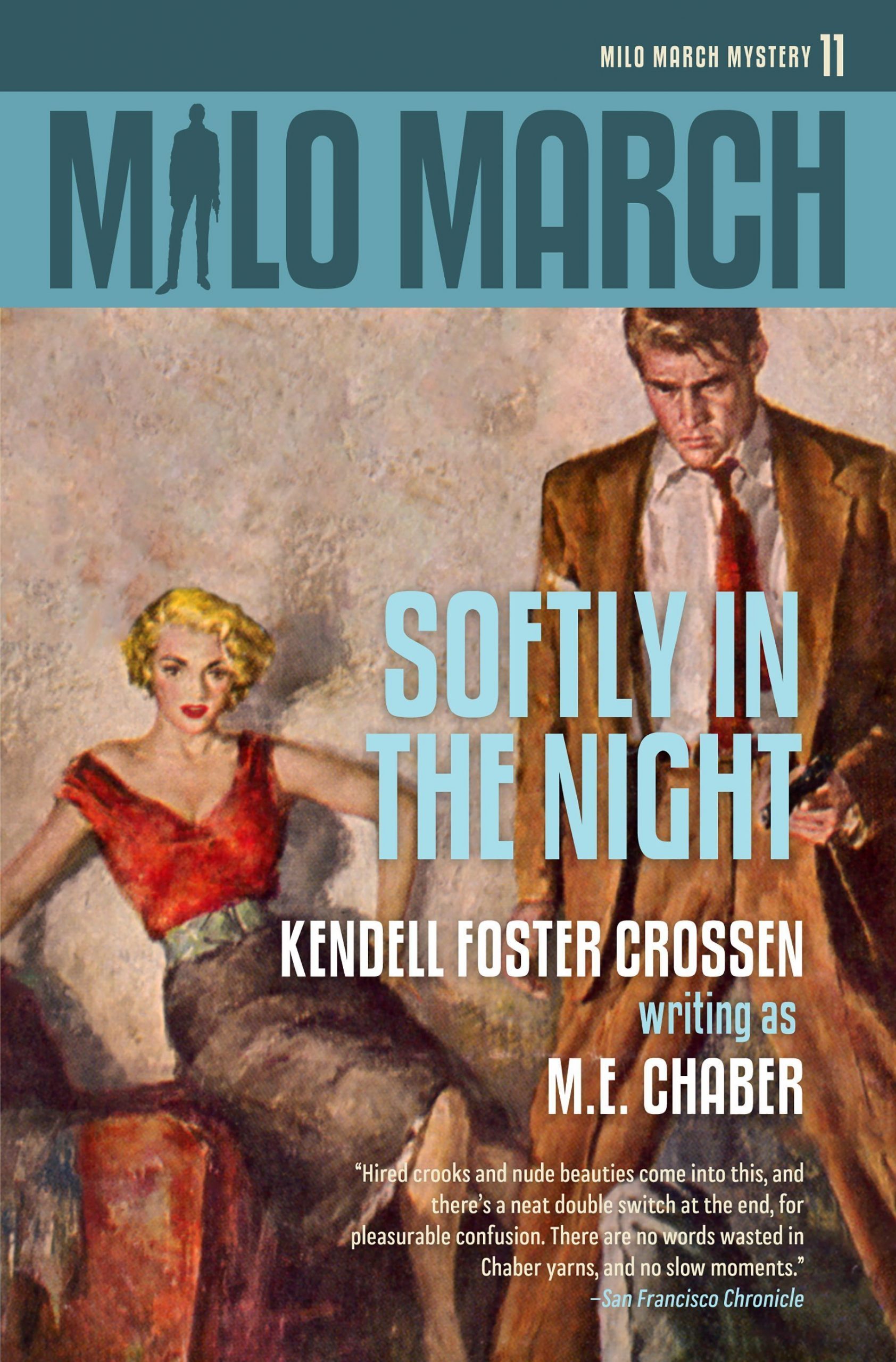 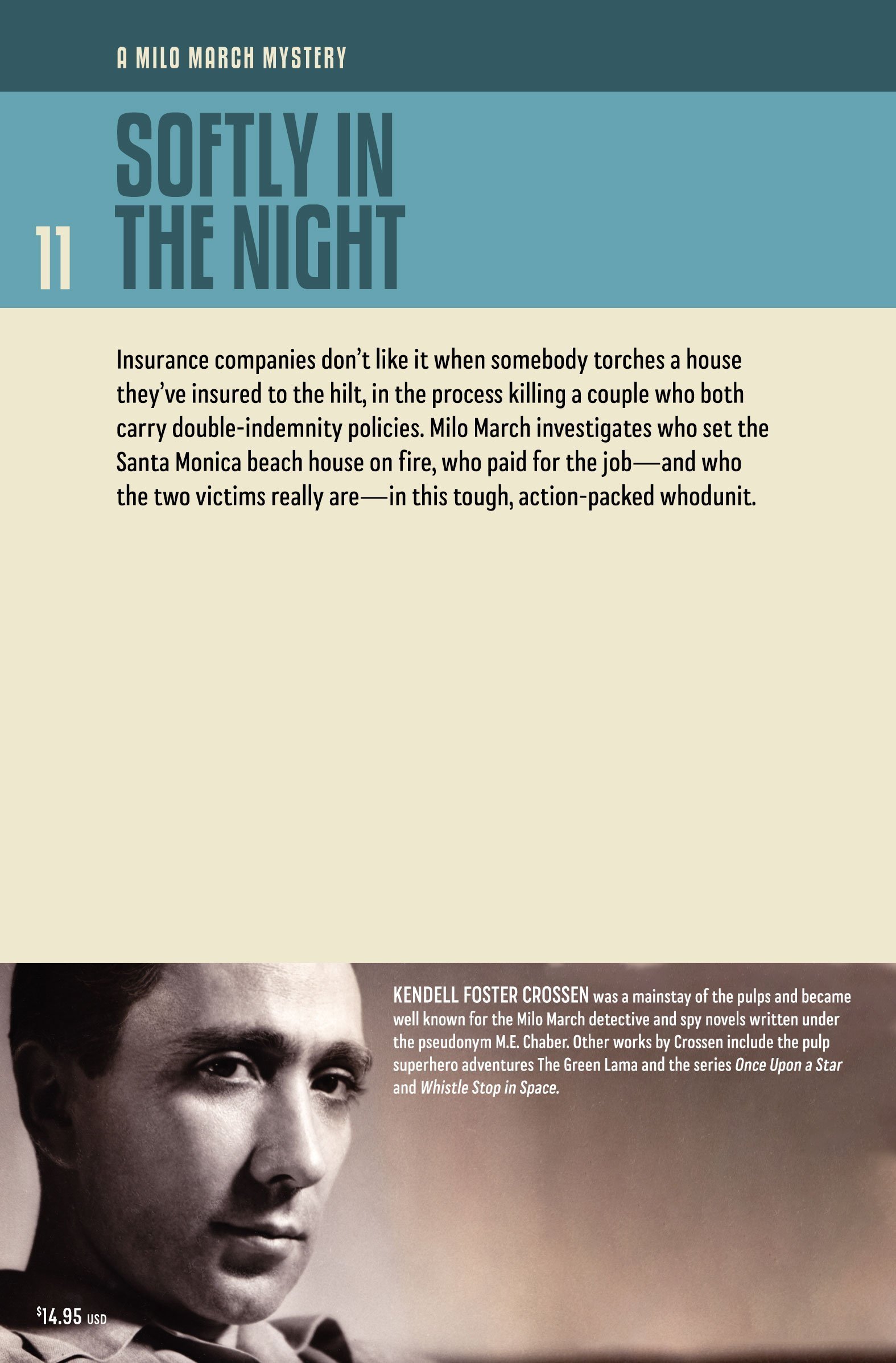 Milo March #11: Softly in the Night

Insurance companies don’t like it when someone puts a match to a house they’ve insured to the hilt, and in the process burns to death a couple who carry double-indemnity policies. Investigator Milo March sets out to discover who torched the Santa Monica beach house with its owners inside, and who paid them. Did the philandering husband hire a notorious gangster to do the dirty work, and trick a Skid Row bum to stand in for himself as the victim? Three other suspects are an elegant blonde, a steamy redhead, and a shapely young Japanese woman, any of whom Milo might bed or bust—or both—in the course of this fast-paced, action-packed whodunit.

Milo March investigates a fire that destroyed a Santa Monica beach house and claimed the lives of two victims—most likely the wealthy owners, the Cantwells, though the bodies were burned almost beyond recognition. Milo’s employers at Intercontinental Insurance suspect arson, and an insurance company doesn’t like it when somebody not only lights a match to a house they’ve insured to the hilt, but in the process also kills two people who both carry double-indemnity policies. Milo has to find out who committed the crime as well as who hired them.

The likely culprit for the arson job is a notorious gangster whose sidekicks are a couple of nasty hoods and a sexy redhead interestingly named Torchy. Was the whole thing planned by the philandering Mr. Cantwell, who hired the arson gang and conveniently tricked some nameless bum to stand in for himself as one of the corpses? Or is it the female victim who is not who she seems to be? Milo learns a lot while sipping V.O. in a Skid Row bar, where he meets a talkative derelict who coincidentally quotes Milo’s favorite poets. When he is not dodging violent threats, including a naked female intruder commanding him to undress at gunpoint, Milo considers other suspects―even the lovely young Japanese woman whose foundation gets the insurance money if both husband and wife die.

As Milo knows, anyone will do anything for a cool million dollars…

“Hired crooks and nude beauties come into this, and there’s a neat double switch at the end, for pleasurable confusion. There are no words wasted in Chaber yarns, and no slow moments.—San Francisco Chronicle

“Milo gets plenty of action and so does the reader.” —Hartford Courant