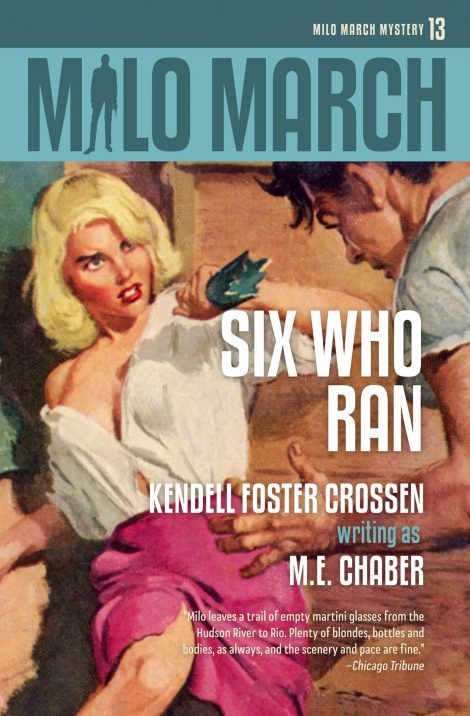 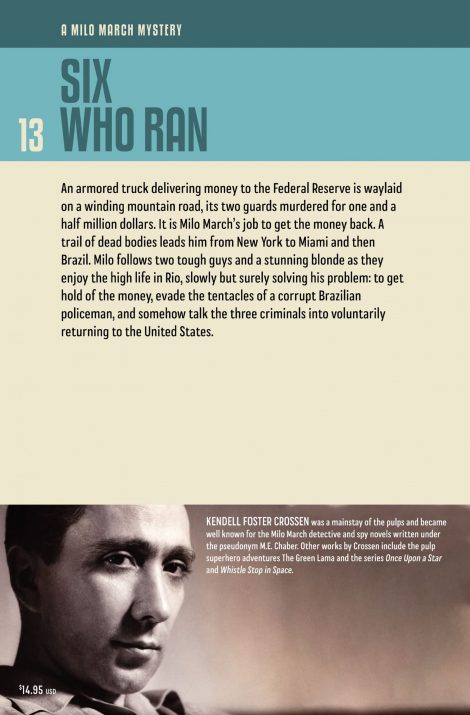 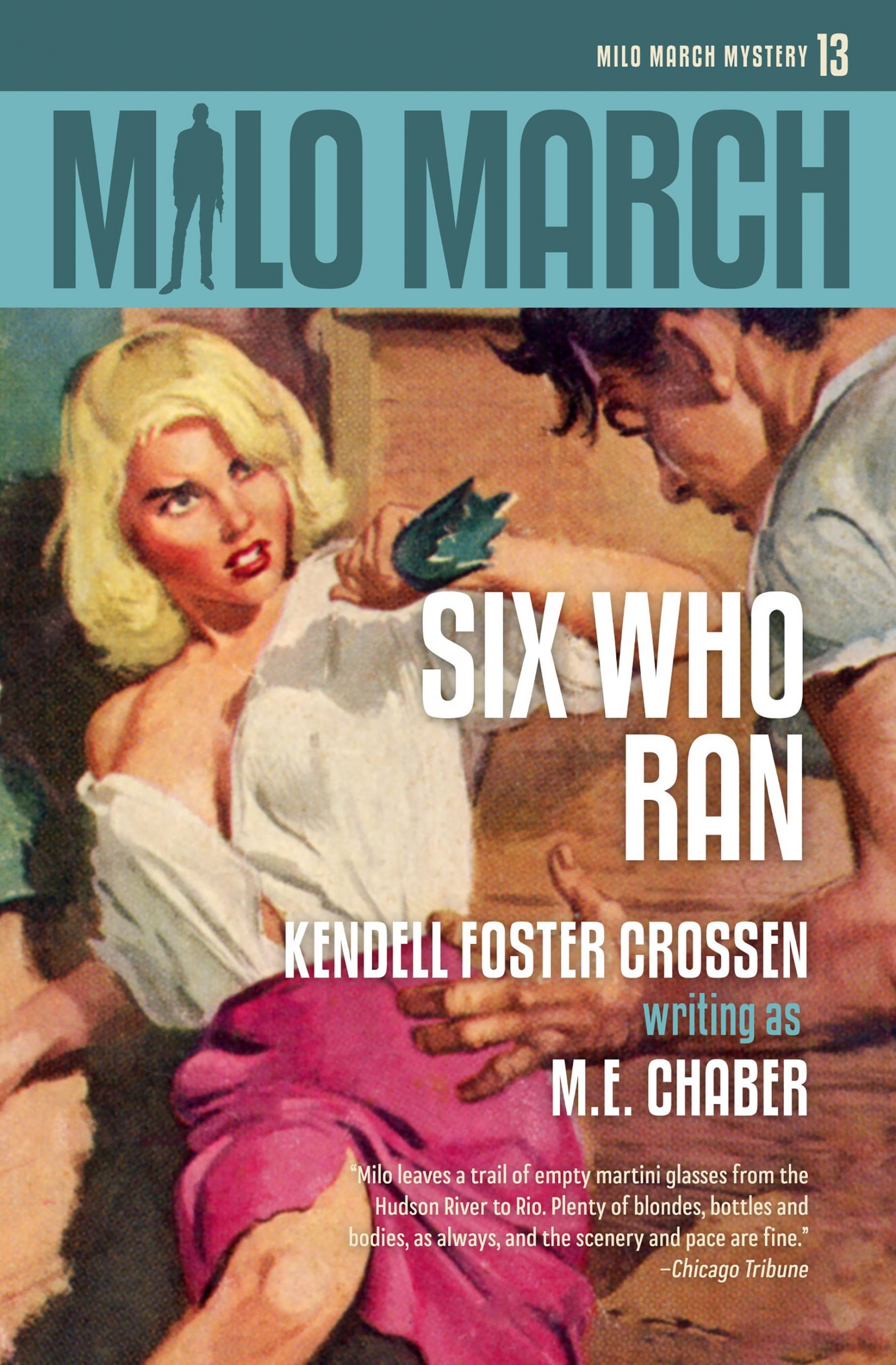 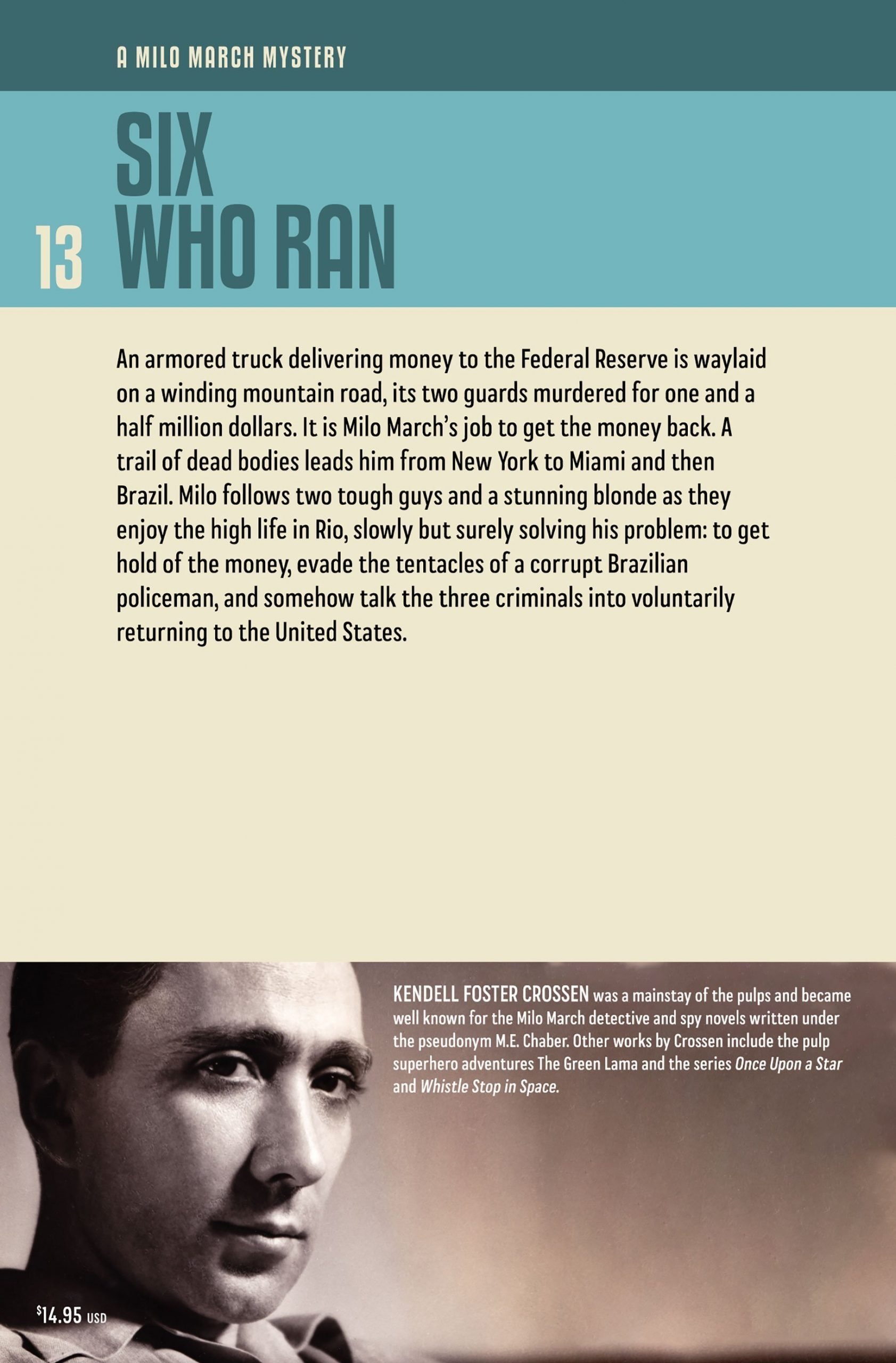 Six robbers of an armored truck make off with a million and a half bucks, murdering the two guards, and then three of them kill the other three. Milo March follows the crime spree as two men and a woman flee to Rio, where he must figure out how to recover the money before the three crooks finish each other off―and how to get them out of a country that has no extradition treaty with the U.S.

It was a well-planned heist. An armored truck had picked up money from banks to be delivered to the Federal Reserve. The car climbed the winding road of Storm King Mountain in New York State. At the summit were the men from the state highway truck, placing a detour sign in the road. Parked at the side of the road was a police car, its warning light blinking. Minutes later, the two guards from the armored car had been lured from their truck by the phony troopers and shot dead. The money that had been safely locked up in its armor-plated vault was loaded into two ordinary cars and driven away. It is Milo March’s job to get the money back for the insurance company—one and a half million dollars in cash, securities, and bonds.

The trail leads Milo to three more murders; the men who pulled the robbery had been killed too. As he follows the clues, he discovers that three others—two tough men and a striking blonde—had run away to Miami. They purchased a fishing boat, and the seller was found shot to death. The boat did not return. Where did they go?

There was only one place to go if you had a lot of money and were wanted by the American police. Brazil had no extradition treaty with the U.S. and had long been a haven for American crooks who were loaded with loot. Is it unreasonable of Milo to think he can talk all three of them into voluntarily returning to the United States?

While frequenting the beaches, bars, and nightclubs of the Marvelous City, and romancing a beautiful Latina jazz singer, Milo is steadily working on his problem: how to get the criminals back to the United States before they kill each other—with the money, securities, and bonds intact, untouched by the hands of a persistent Brazilian police lieutenant with a nose for money.

“One of Chaber’s smoothest and liveliest.” ―Saturday Review

“Investigator March is one of the more plausible tough-guy sleuths and the action, in Six Who Ran is one of his better efforts.” ―Los Angeles Herald Examiner