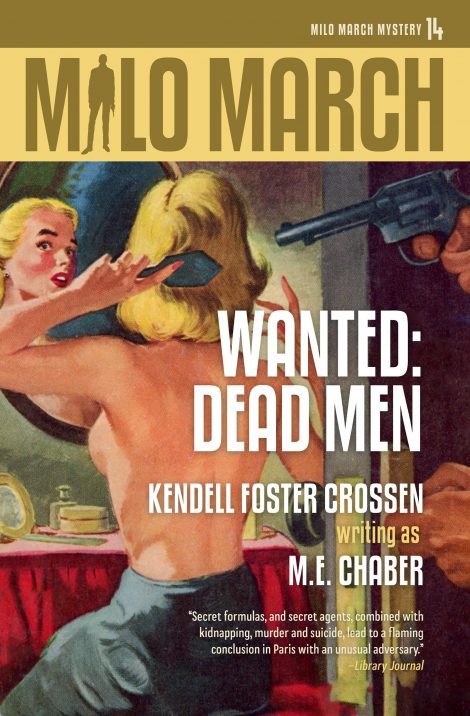 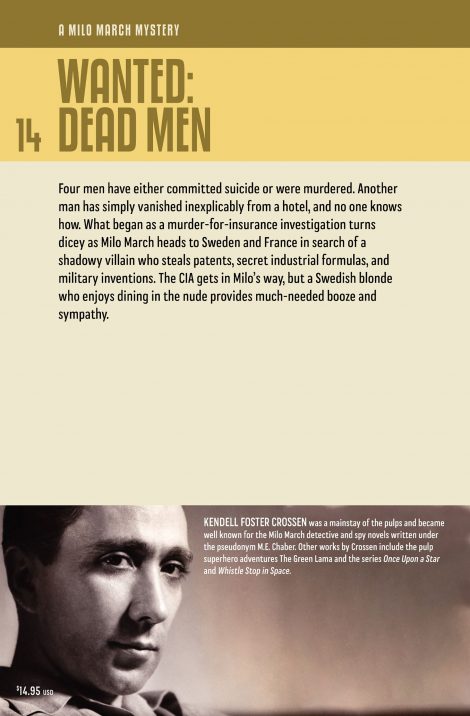 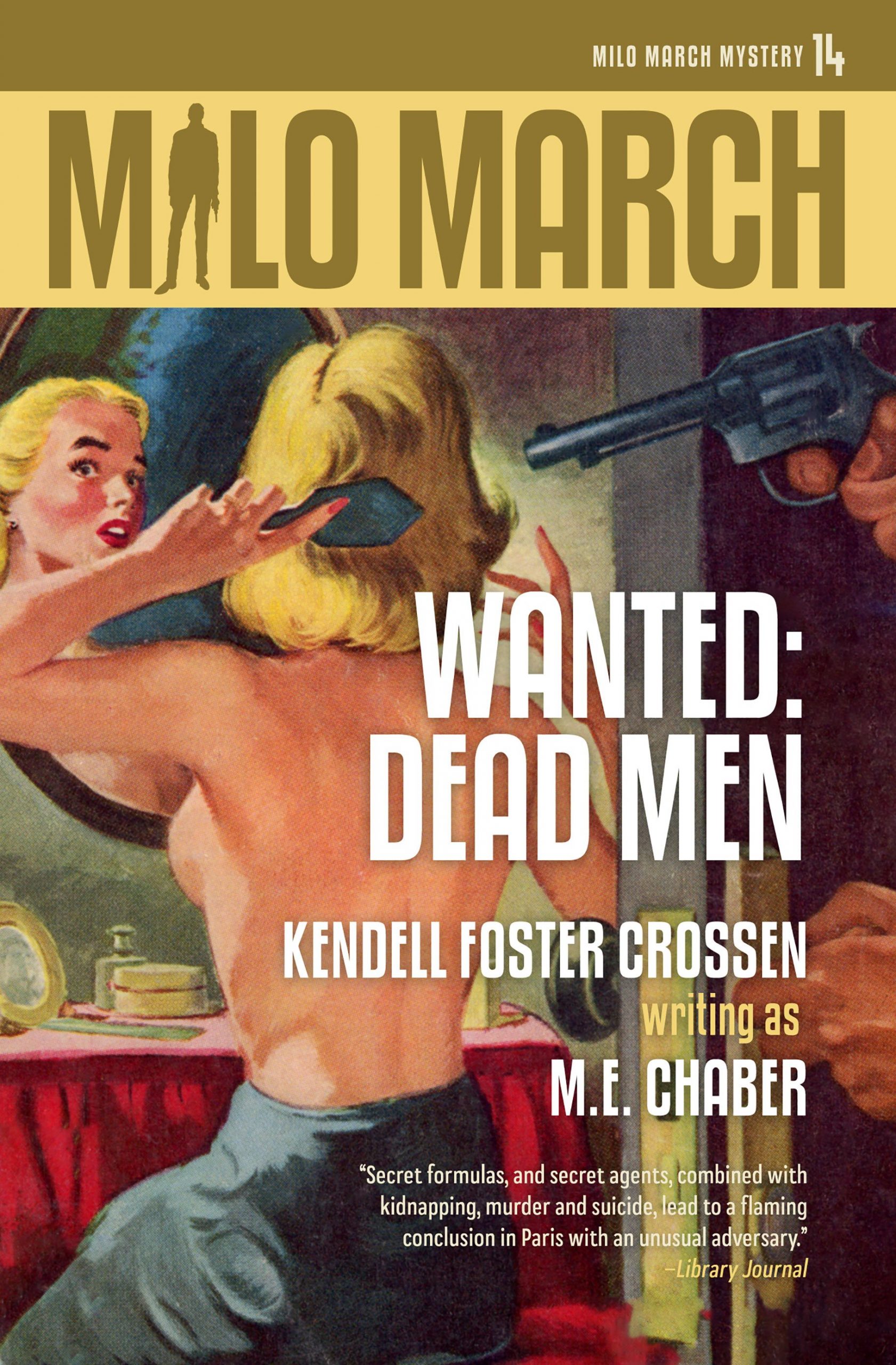 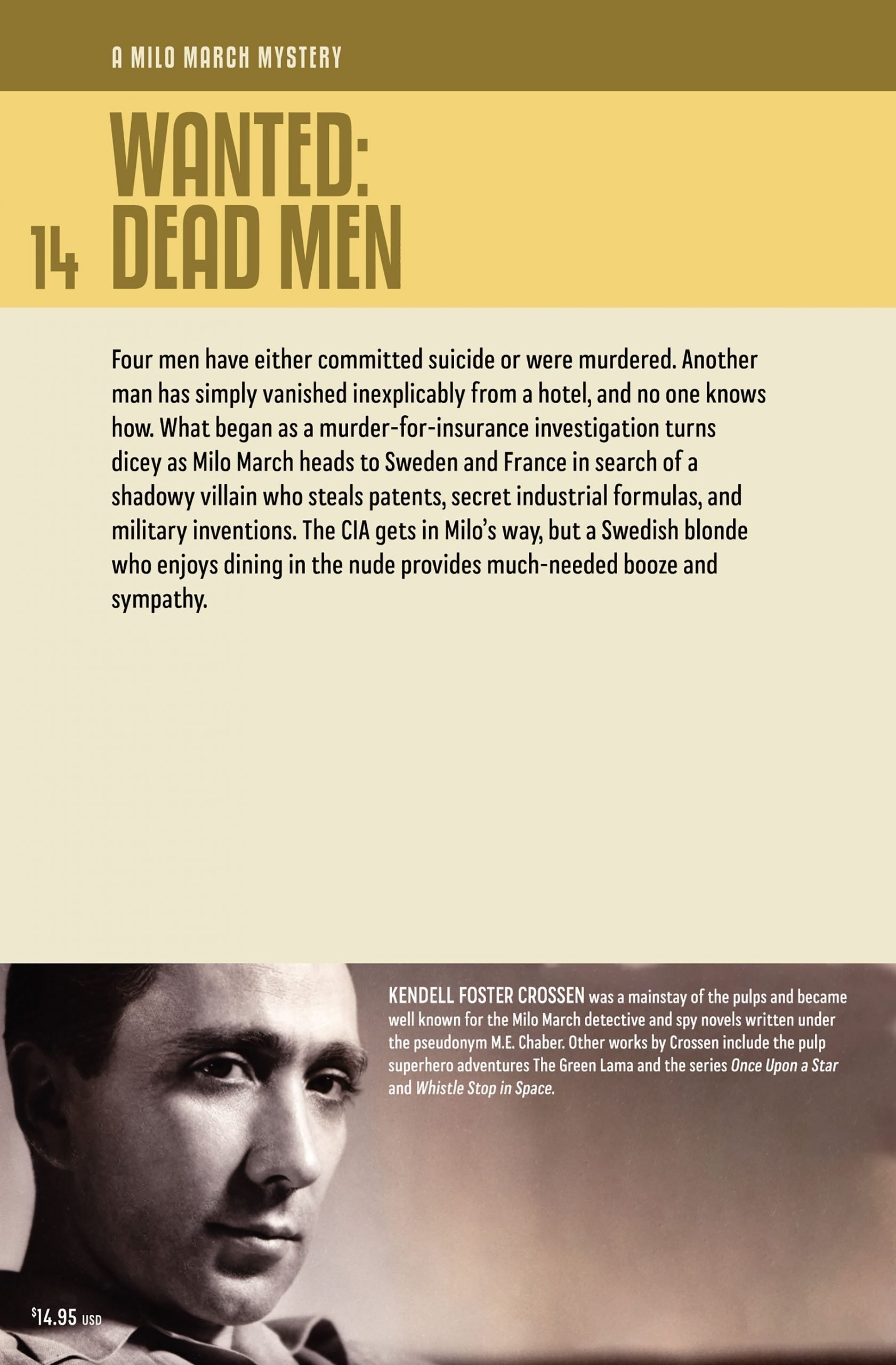 Milo March sets out to end the career of a master spy as he trails the shadowy villain from New York to Stockholm and Paris to solve a case involving not just insurance fraud, but murder, industrial espionage, and the possession of classified secrets.

Several cases involving industrial espionage, secret formulas, a missing inventor, and two suspicious suicides are presented to investigator Milo March as a very expensive matter of insurance fraud, but the executives at Intercontinental Insurance hint there is more to the case. Milo is sent to meet with a three-star general attached to the CIA, yet he receives only minimal details and is then told there will be no communication with other agents assigned to the case—no cooperation or contact at all.

Thus begins another tough adventure, leading Milo from New York City to Stockholm and Paris as he pursues a ruthless criminal with many identities in many countries. The man appears to be a well-respected businessman, yet Milo can find only the vaguest description and no photos. There is no question in his mind that this man is an international thief of industrial patents and the murderer of at least four men. He is undoubtedly responsible for kidnapping the inventor of an electronic device that will make a missile do everything except play tennis. But how he smuggled the inventor out of his hotel is a puzzle worthy of a classic locked-room detective story.

To throw Milo off his trail, the shadowy villain sends thugs pointing guns, knives, and speeding cars at him. One of them will not live to regret his impudence. Amid the nerve-wracking tension, a dazzling Swedish blonde who enjoys dining in the nude is ready to soothe Milo’s ruffled feathers, providing some much-needed booze and sympathy.

“Secret formulas, and secret agents, combined with kidnapping, murder and suicide, lead to a flaming conclusion in Paris with an unusual adversary.” —Library Journal

“Continues the versatile investigations of Milo March, insurance supersnoop. Milo is hampered, but not much, by the CIA and other agencies as he pursues a case from New York to Sweden and France.”—Chicago Tribune