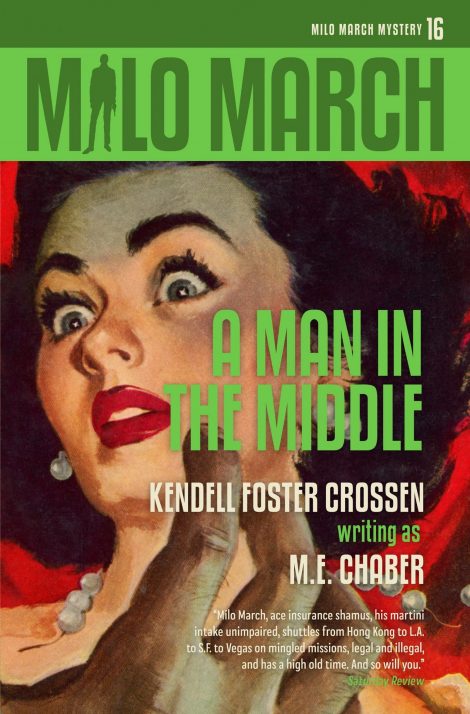 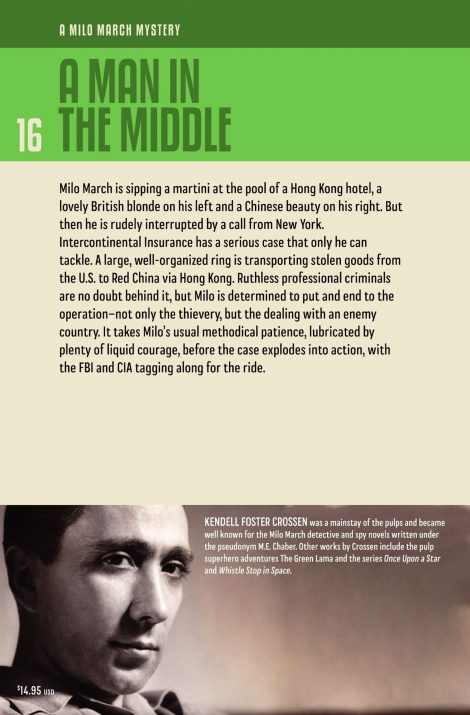 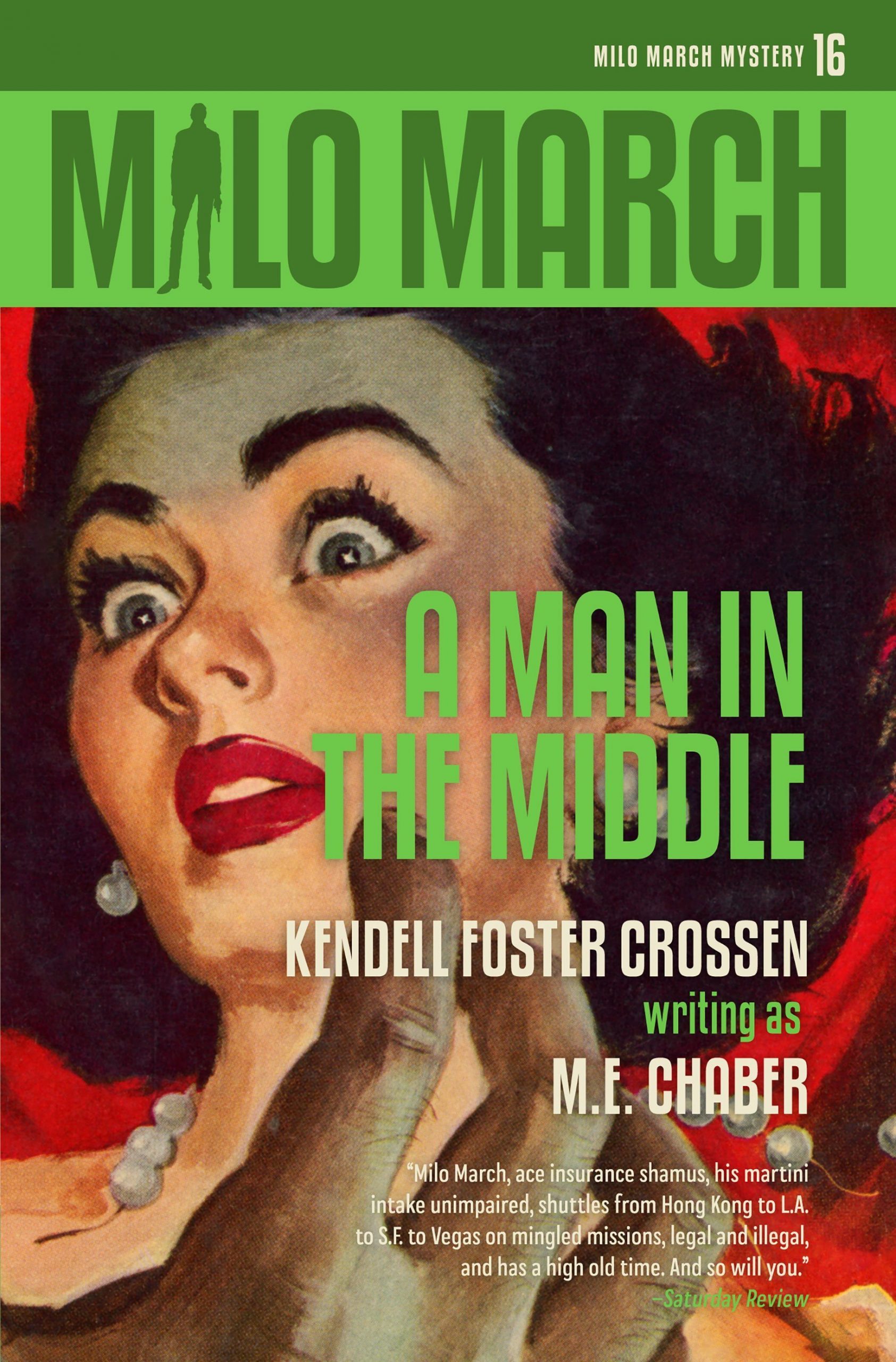 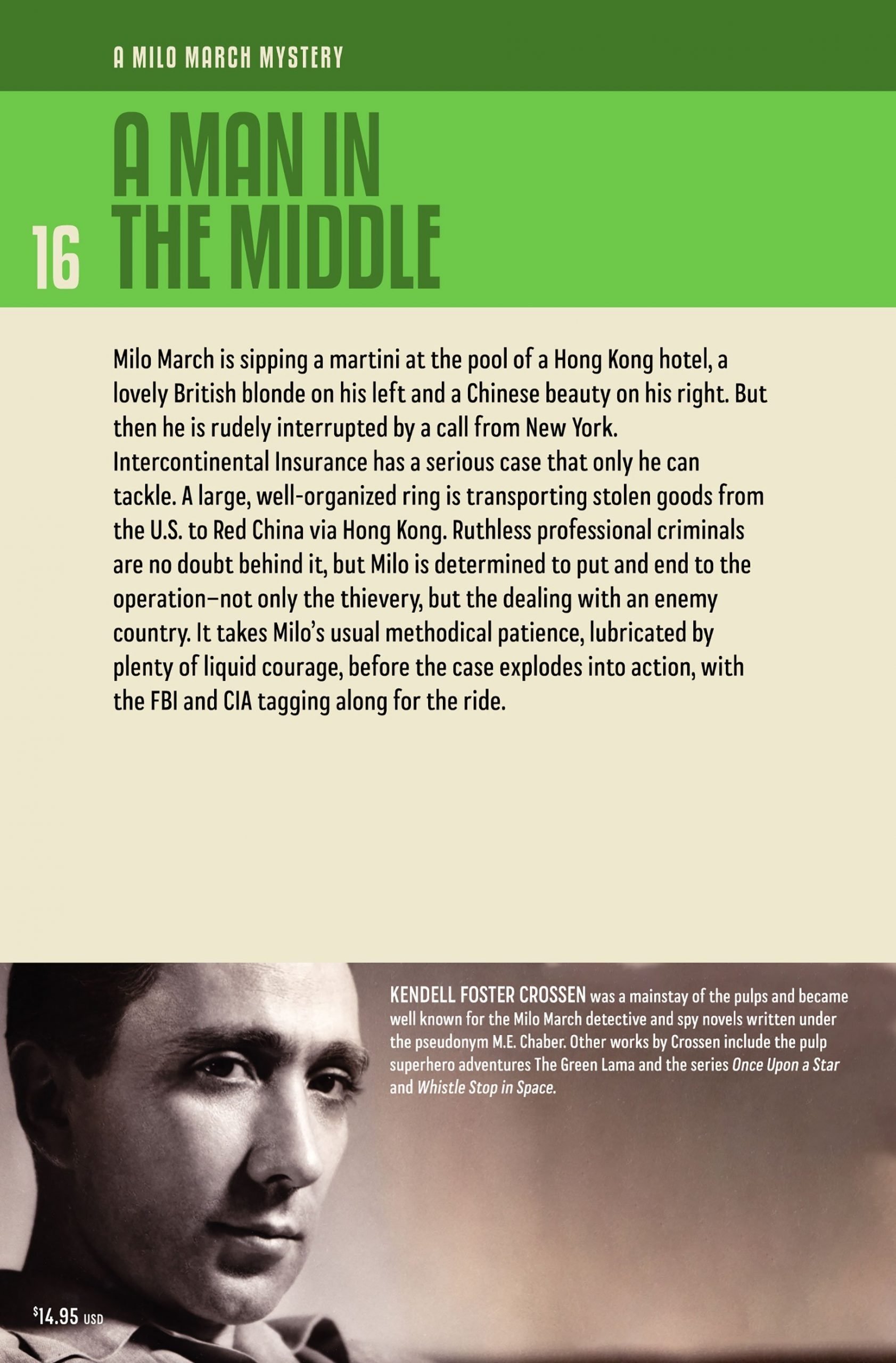 Milo March is sitting at the pool of the Far Eastern Hotel, a dry martini in his hand, a lovely British blonde on his left, and a beautiful Chinese girl on his right, both in bikinis. What more could a man require? But the idyllic vacation is rudely interrupted by a call from Intercontinental Insurance in New York. They have a serious case that he, their best investigator, must solve. As usual, many millions of dollars are at stake. A large gang is transporting goods stolen from all over the U.S. into Hong Kong, to be sold to Communist China. Milo doesn’t doubt that organized crime is responsible, but where to begin? Under an assumed identity as a small-time crook, he begins hopping back and forth between Hong Kong, Los Angeles, and Las Vegas, determined to put and end to the whole operation—not only the stealing, but the dealing with an enemy country.

Milo March is sipping a martini at the pool of the Far Eastern Hotel, a lovely British blonde on his left and a Chinese beauty on his right, both in bikinis. What more could a man require? But then he is rudely interrupted by a call from Intercontinental Insurance in New York. They have a serious case that only he, their best investigator, can tackle. As usual, many millions of dollars are at stake. A large, well-organized ring is transporting stolen goods from the U.S. to Red China via Hong Kong. Milo doesn’t doubt that organized crime is responsible, and he is determined to put and end to the whole operation—not only the stealing, but the dealing with an enemy country.

Milo persists with plodding but dangerous work, then suddenly, when he gets warm around the edges, he springs into action. Assuming a secret identity as a tough loner named “John Milo,” he hangs out at a couple of bars frequented by con men. The V.O. and martinis keep flowing as he waits to make a connection to the smuggling ring. Through an unpleasant police informer described as a “sick bulldog,” Milo makes a deal with a couple of men peddling stolen liquor, as this may lead him to the Syndicate men responsible for the smuggling. It does, but it also lands him in jail, charged with conspiracy to receive stolen property, possession of stolen property, and three counts of burglary—another day in the life of John Milo. Out on bail, Milo continues his quest and manages to land a job as a bagman for a Mafia don. Before closing the case, Milo will spar with some tough customers. A weasel-faced punk will stick a gun in Milo’s back, and someone will get badly injured. Milo will get lucky in Vegas and even luckier with the sensational woman known as the Dragon Lady of Hong Kong. And at the end, Milo will get a promised $20,000 bonus whether he solves the case or not. The latter outcome is highly unlikely…

“Milo March, ace insurance shamus, his martini intake unimpaired, shuttles from Hong Kong to L.A. to S.F. to Vegas on mingled missions, legal and illegal, and has a high old time. And so will you.” —Saturday Review

“Quite a caper, with river pirates, Chinese beauties and skulduggery enough to keep Milo—and the reader as well—panting. —Raleigh News and Observer