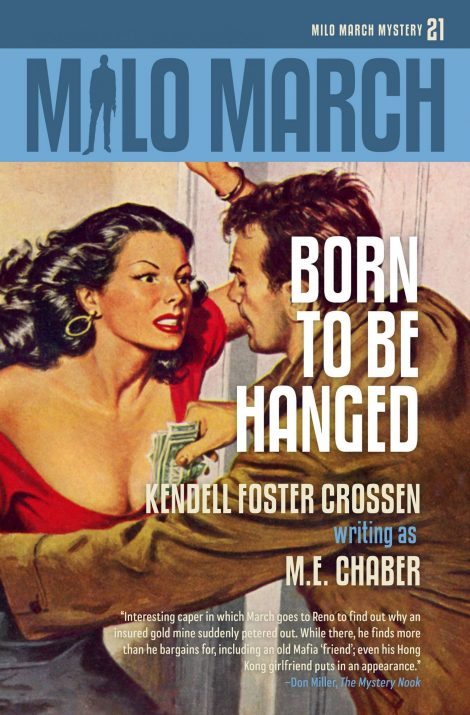 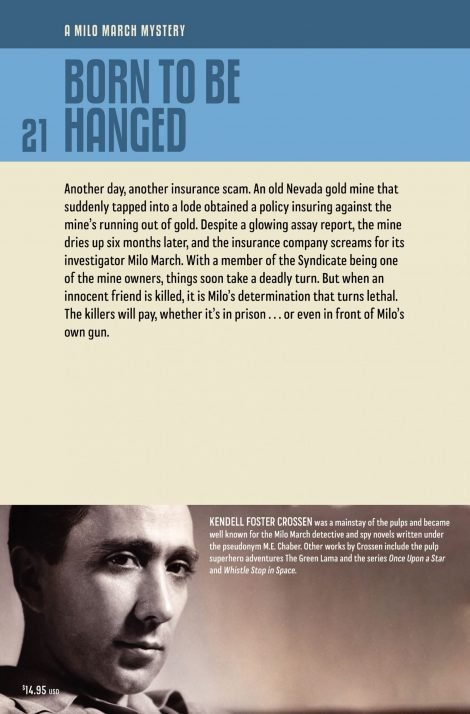 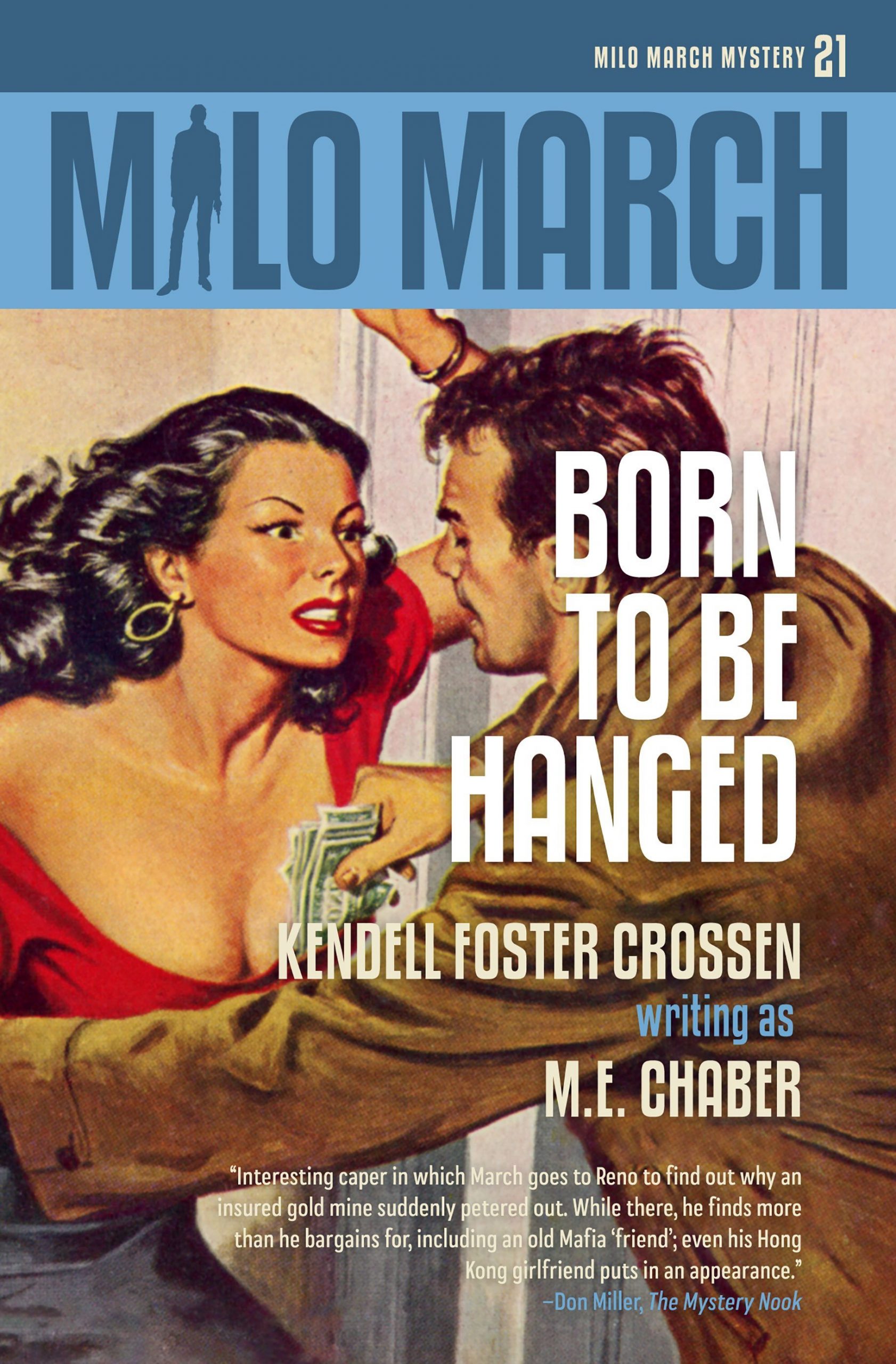 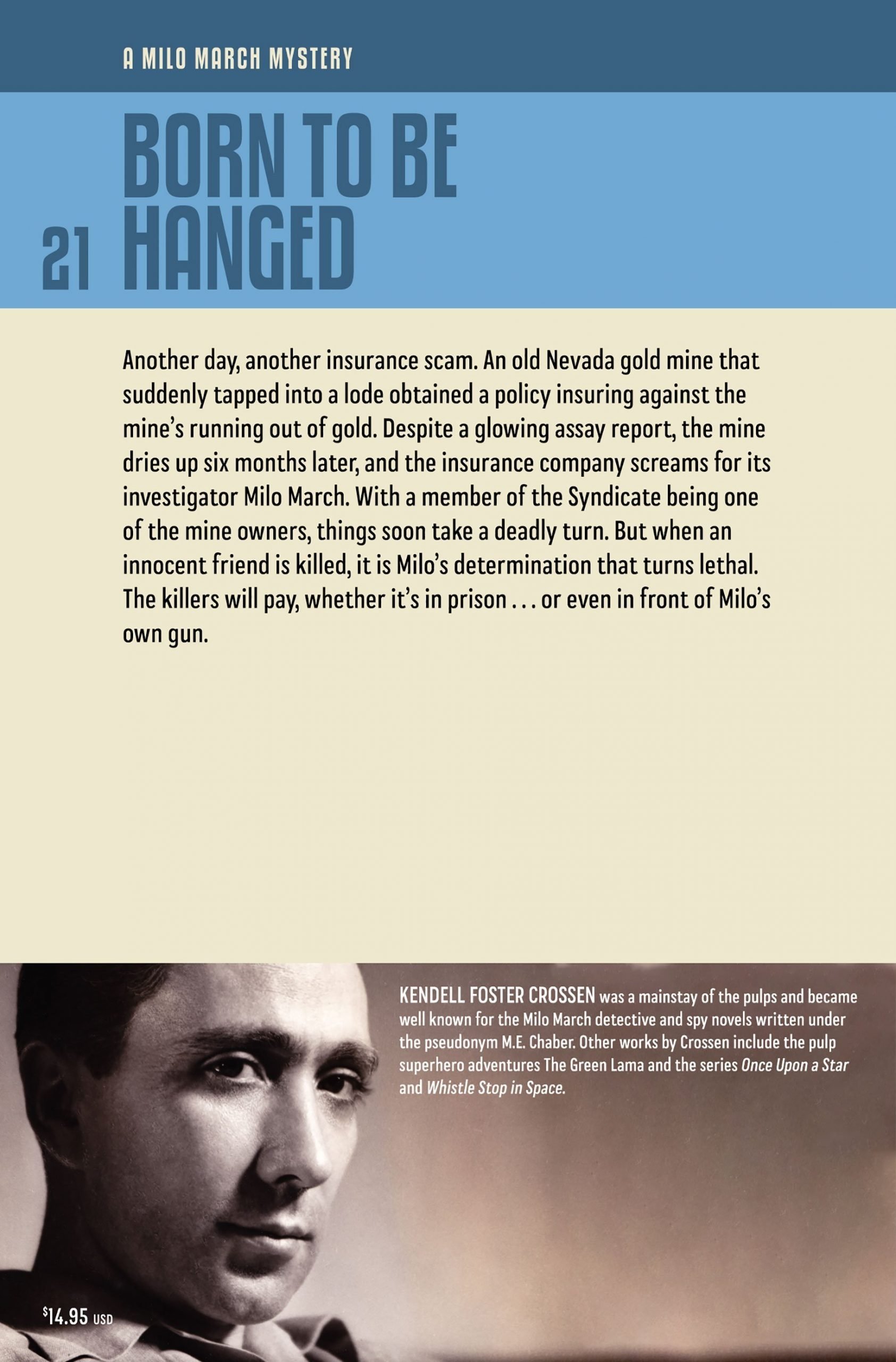 Milo March treads on dangerous ground as he investigates an old, abandoned gold mine in one of Nevada’s historic boomtowns. In the short time since it reopened, the mine has produced a massive amount of gold. But suddenly the vein dries up—and with it the hopes of the insurance company, which had issued an unusually large policy against the mine’s running out of gold. The riddle is: How do you get gold out of a mine that has no gold in it? The answer must be that you bring gold into the mine, then take it out again. But that raises another question: Where did all that gold come from? With the Syndicate in the picture, things take a deadly turn several times before Milo closes the case, as usual in his own independent way.

Milo March heads for the historic mining boomtowns of Nevada, but he’s planning to dig at people, not rocks. The case involves three men who bought an old gold mine outside Reno. Though it had been abandoned for a century, the mine has miraculously started producing again. Armed with a glowing assay report, the owners persuaded the insurance company to issue a large policy against the mine’s running out of gold before they have taken two million dollars in gold from it.

You guessed it—a few months later the owners claim the mine has run dry, and they want their payout. The insurance company screams at once for its top investigator, Milo March.

Milo first has to solve a riddle: How do you get gold out of a mine that has no gold in it? The easy explanation is the old con job known as salting, but that only involves a sprinkling of gold around a mine to deceive buyers. This mine had a helluva lot more gold than that. So the answer to the riddle must be that you bring gold into the mine, then take it out again.

Now this raises another question: Where did they get a ton of gold bricks to put into the mine? One of the owners of the mine belongs to a crime family that Milo has tangled with before. The Syndicate must be using the mine as a front for something else. Milo can’t imagine its being a front for anything except gold.

That sounds silly. But the case is anything but silly, turning deadly as Milo gradually unravels its complexities. Though it’s a case for the FBI, Milo wraps it up in his own way, determined to set things right for an innocent victim whose friendship has come to mean a lot to him.

“Interesting caper in which March goes to Reno to find out why an insured gold mine suddenly petered out. While there, he finds more than he bargains for, including an old Mafia ‘friend’; even his Hong Kong girlfriend puts in an appearance.” —Don Miller, The Mystery Nook

The Phantom Detective: Phantoms in Bronze