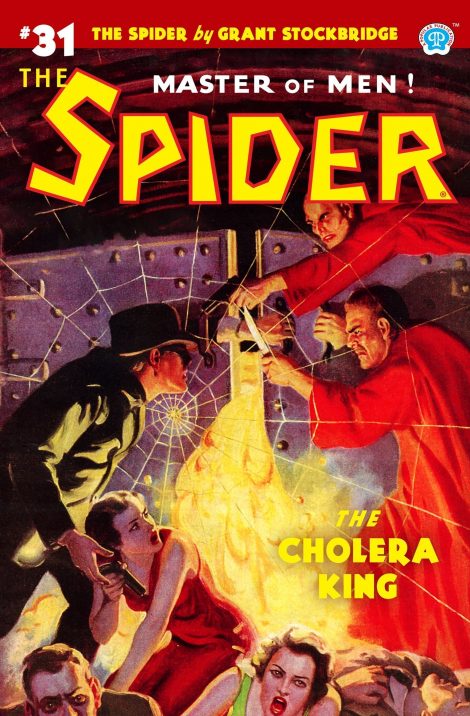 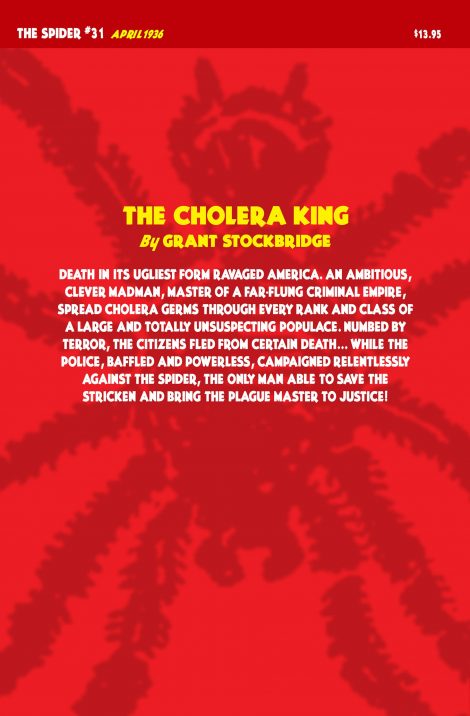 The Spider #31: The Cholera King 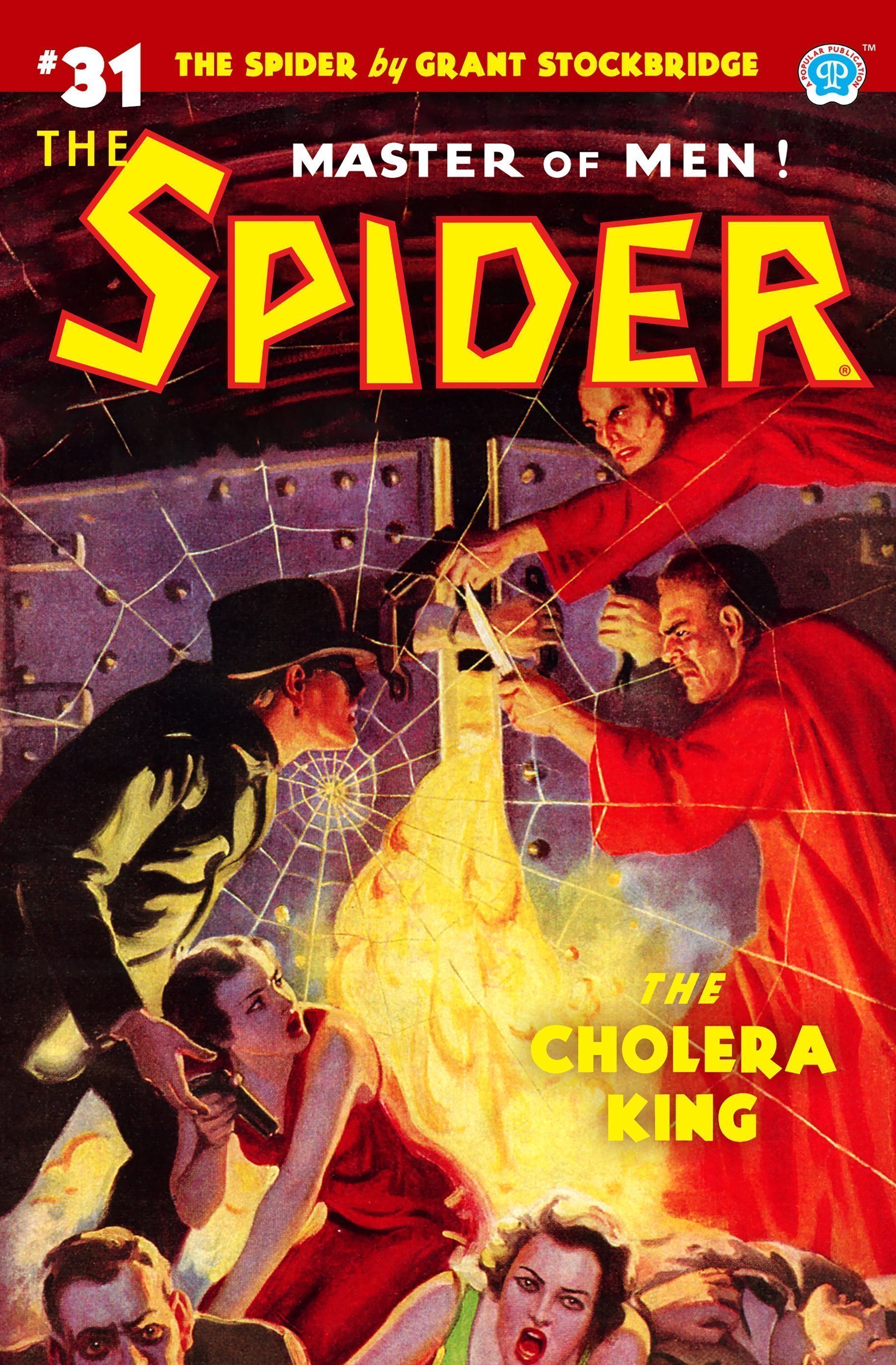 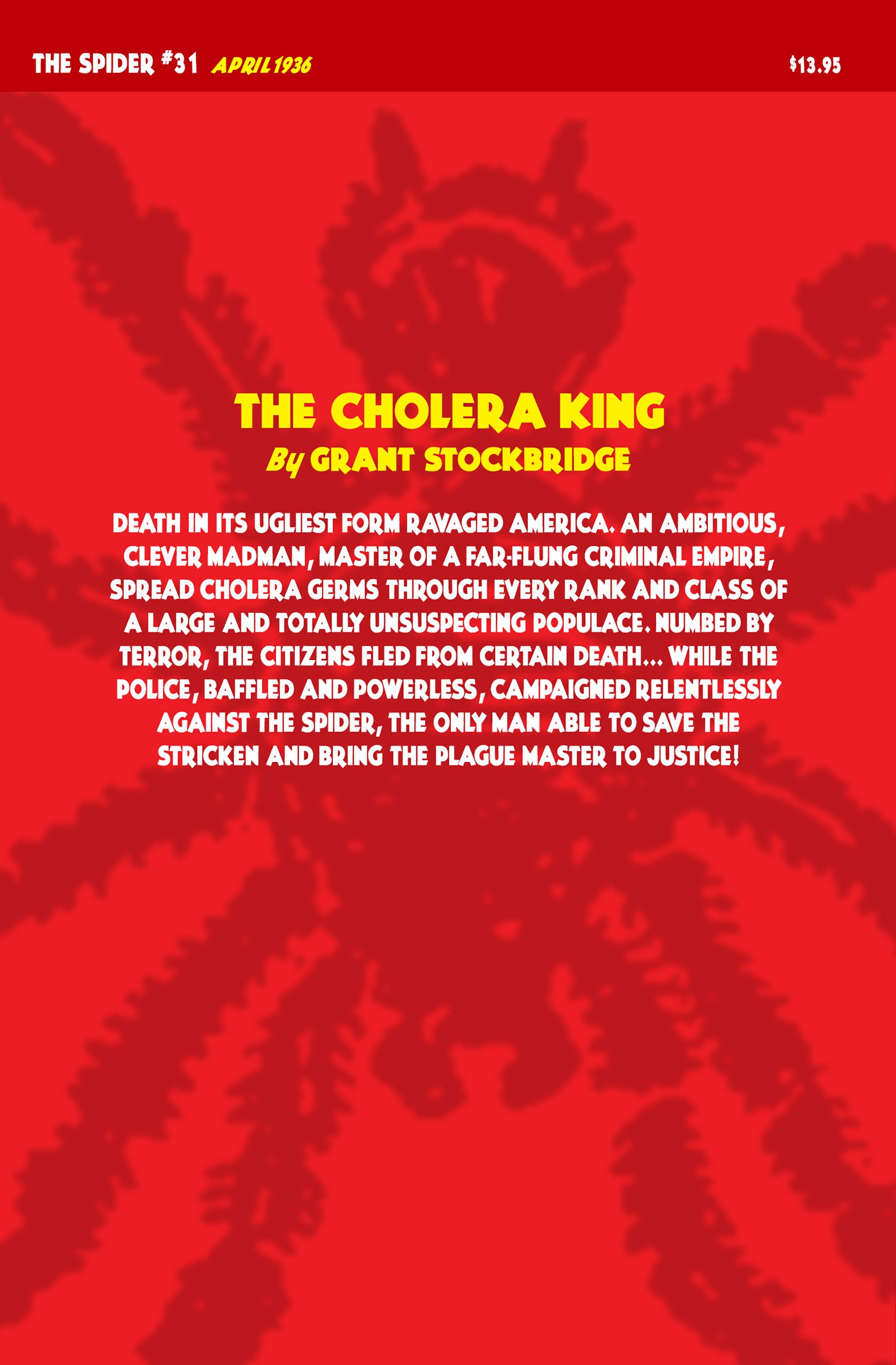 The Spider #31: The Cholera King

Death in its ugliest form ravaged America. An ambitious, clever madman, master of a far-flung criminal empire, spread cholera germs through every rank and class of a large and totally unsuspecting populace. Numbed by terror, the citizens fled from certain death… while the police, baffled and powerless, campaigned relentlessly against the Spider, the only man able to save the stricken and bring the Plague Master to justice!

Death in its ugliest form ravaged America. An ambitious, clever madman, master of a far-flung criminal empire, spread cholera germs through every rank and class of a large and totally unsuspecting populace. Numbed by terror, the citizens fled from certain death… while the police, baffled and powerless, campaigned relentlessly against the Spider, the only man able to save the stricken and bring the Plague Master to justice!

Be the first to review “The Spider #31: The Cholera King” Cancel reply

“The Cholera King” is the 31st Spider novel, originally published in April 1936. Despite the lack of many reprints, this is actually a good story, undoubtedly the best so far in 1936. One would have to go back to “Reign of the Vampire King” towards the end of 1935 to perhaps find a better story. The main and only drawback for me was the derivative nature of the plot from Norvell Page’s first novel “Wings of the Black Death.” Indeed, in the second chapter, Page compares Asiatic Cholera to bubonic plague (or the “black death”). According to Page, this cholera brings death to 70% of the people who get it.

The Plague Master (or Master of the Plague as Page inconsistently calls him) contaminates the entire water system in NY City. The city is blockaded such that it is not easy for people to escape. Locked in the city without an uncontaminated water supply, chaos ensues where people pay high prices for anything with water in it. Others become so frantic that they willingly drink the contaminated water to relieve their thirst. In these conditions, looting becomes rampant; the looters pay 20% of their take to the Plague Master.

(Note: Since the last major outbreak of cholera in the US was in 1911–1912, apparently people have forgotten that they can purify water simply by bringing it to a boil for a minute or more. Also, it is not evident where the looters are getting their liquid refreshments.)

In reading these Spider novels, I look for totally new elements. One that fit the bill well in this tale was a synchronized land, sea, and air ambush of Wentworth. In the early chapters, he commandeers a seaplane while on a ship going to England for an emergency exit back to New York to stop the cholera plague. As he nears Long Island, a Boeing attack plane, three fast ships, and shortly after men on the ground. Through terrific flying, Wentworth defeats the sea and air attacks, but not fully the land-based attempts on his life. Surprisingly to him, Nita jumps out of the mail compartment of the plane where she had apparently stowed away during the Atlantic crossing to take out a man about to kill Wentworth.

Some other interesting tidbits were:

Another good Spider novel by Norvell Page with all the characteristics that we love: Fast moving, lots of actions, the underdog overcoming great odds. There are also the usual non-sequiturs and, as we are seeing more and move, an overlap with earlier stories. Despite this, I would certainly recommend this Spider to any pulp fan.