July 2, 2019: Dime Detective, Max Brand, H. Bedford-Jones, and the complete Scientific Club by Ray Cummings headline a lineup of 13 new titles to see print this August, and Steeger Books shall have them in stock & available for order at www.steegerbooks.com or via Mike Chomko’s table at the Pulpfest 2019 Show in Pittsburgh, PA, on August 15. The list of titles includes: 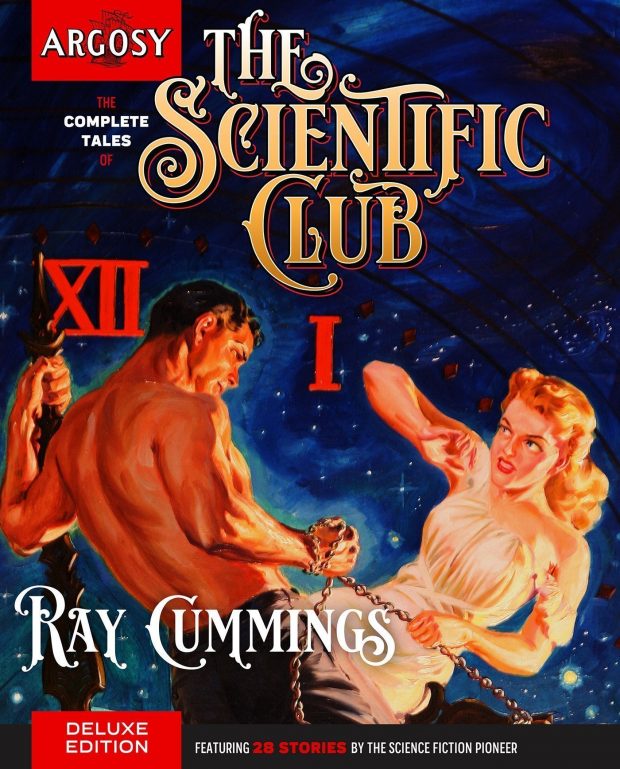 The Complete Tales of the Scientific Club (Deluxe Edition)

One of the most historically significant Twentieth Century science fiction series ever published is at last collected. A pioneer in pulp science fiction, Ray Cummings inspired an entirely-new fiction genre with his influential story originally published in 1919, The Girl in the Golden Atom, which introduced the world to a series of short stories and novels known as his “Matter, Space and Time” range.

This suite of stories featured the Scientific Club: a group of New York-based socialites of revolving membership who either recounted these tales of fantastic science—or were directly involved in these tales which originally appeared in the top magazines of the 1920s: All Story Weekly, Argosy, Detective Story Magazine, Flynn’s, and Science and Invention, among others.

Rounded out by vintage illustrations by Virgil Finlay, Frank R. Paul, Norman Saunders, Amos Sewell, Modest Stein, and Lawrence Sterne Stevens, and with an all-new introduction by Will Murray, The Complete Tales of the Scientific Club is a book one hundred years in the making. 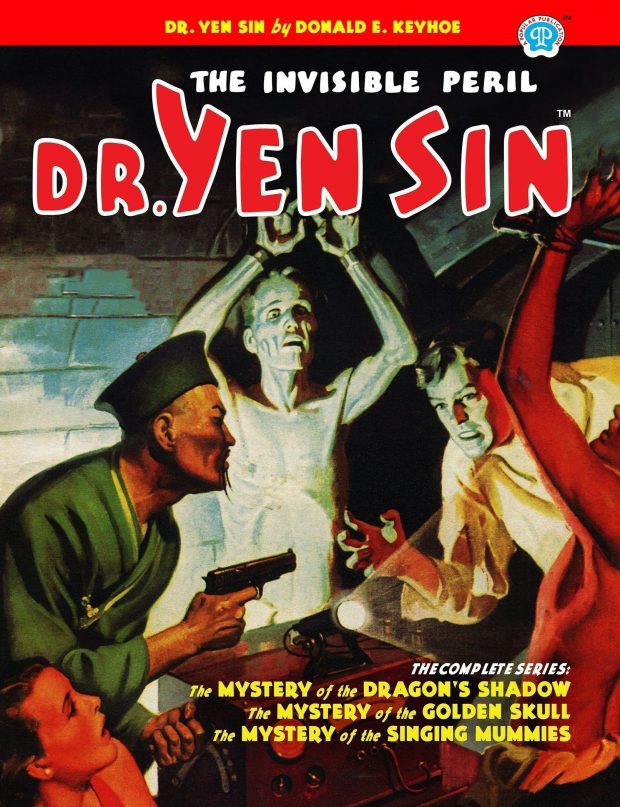 One of the great villain pulps from the 1930s is finally available in a complete, deluxe edition. Owing certain similarities to Sax Rohmer’s Fu Manchu, the Dr. Yen Sin series of three novels features “The Invisible Emperor” and his machinations to conquer the world using his unique mixture of futuristic science and ancient Asian technology. However, Yen Sin has met his match: “The Man Who Never Slept”—agent Michael Traile—who has the strange capability of not require sleep.

Includes an all-new introduction by current Fu Manchu author William Patrick Maynard, as well as a chronology of the character by Rick Lai. 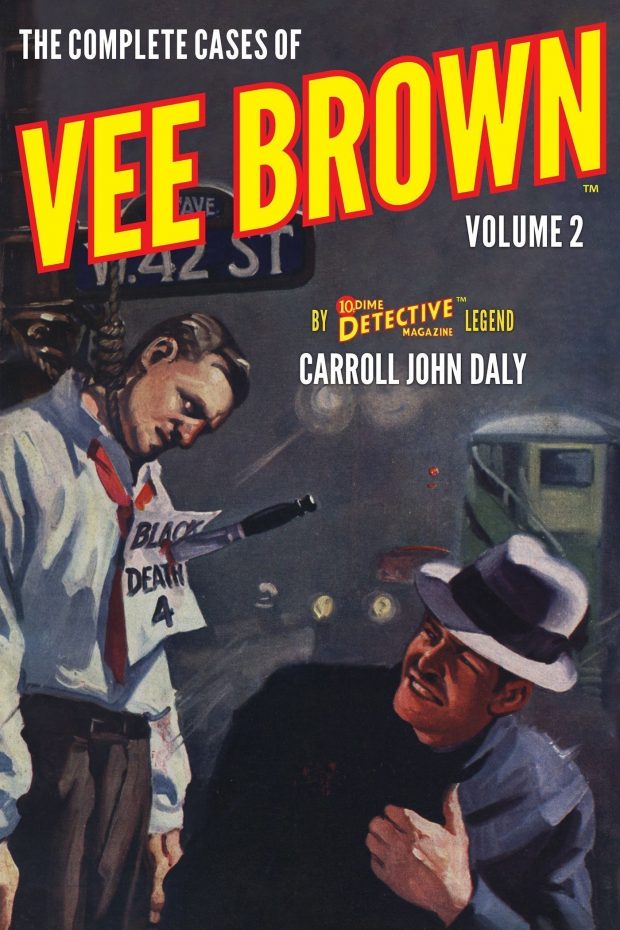 The creation of Carroll John Daly, father of the hard-boiled private eye, Vee Brown—AKA the Crime Machine—plied his trade in the pages of Dime Detective, the classic crime pulp that was second only to the legendary Black Mask in its impact on the genre.

Vivian “Vee” Brown leads two lives. Delicate-looking and small in stature, he lacks physical strength and endurance. But that doesn’t prevent him from being an effective special operative to the Manhattan District Attorney. In this capacity he often ignores the legal niceties of due process, shooting first and asking questions later. Many citizens view him as a hair-trigger gunman whose promiscuous killings make him little better than the vicious criminals he hunts. In his other life, Brown lives in a luxurious Park Avenue penthouse, paid for not with his modest civil-servant salary, but with the royalties he earns as a phenomenally successful composer of sentimental songs—a sideline he keeps secret. Both the police and the underworld refer to him as a “Killer of Men.” But the denizens of Tin Pan Alley know him as “Master of Melodies,” the prince of pop music.

Volume 2 features the Crime Machine’s battles with his greatest nemesis, the Emperor of Evil. 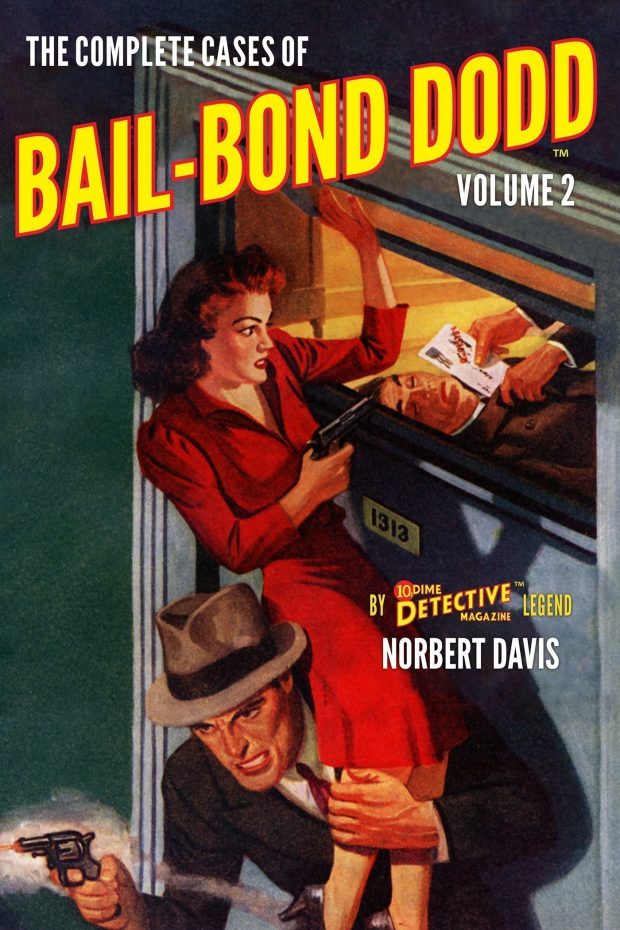 Bailbondsman William “Bail-Bond” Dodd was the first series character that hard-boiled genius Norbert Davis created for Harry Steeger’s best detective pulp. Running for eight installments, Volume 2 collects the balance of the series. This unique series was one of the best Davis ever wrote for the pages of Dime Detective. 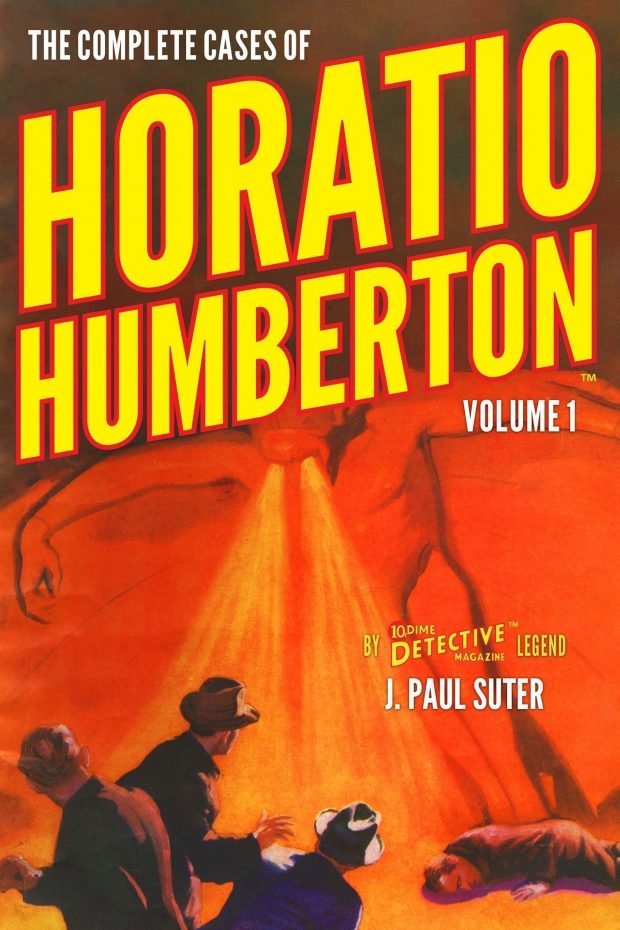 Meet the original necrologist sleuth: tall, gaunt Ho Humberton was a funeral director by day and detective at night… often those with more than a touch of the supernatural. Featuring the first half of this trend-setting detective series, this was one of the most popular series characters from the pages of Dime Detective. Also featuring the very first Horatio Humberton story, undiscovered for nearly 100 years. 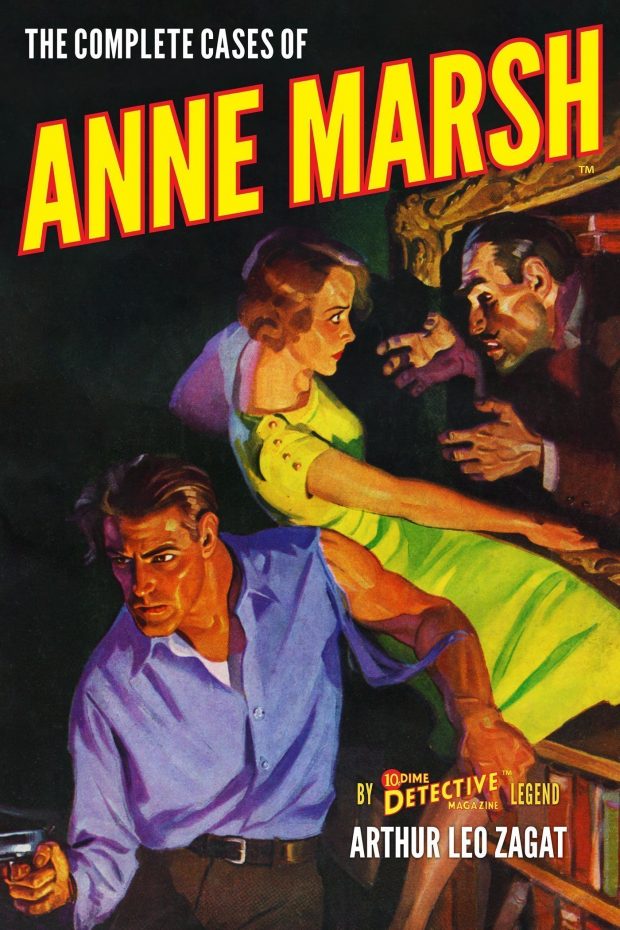 The Complete Cases of Anne Marsh (The Dime Detective Library)

Written during a period when the detective pulps showcased more gritty, realistic characters and situations, writer Arthur Leo Zagat penned a series of novelettes featuring the diminutive Anne Marsh, reluctant detective who must solve the death of her father and wage grim war in behalf of the city’s oppressed. Running for eight installments, this unique series was one of the few purposefully finite series from the pulp era, and one of the only female detective series characters to see print in a Popular Publications-published title. 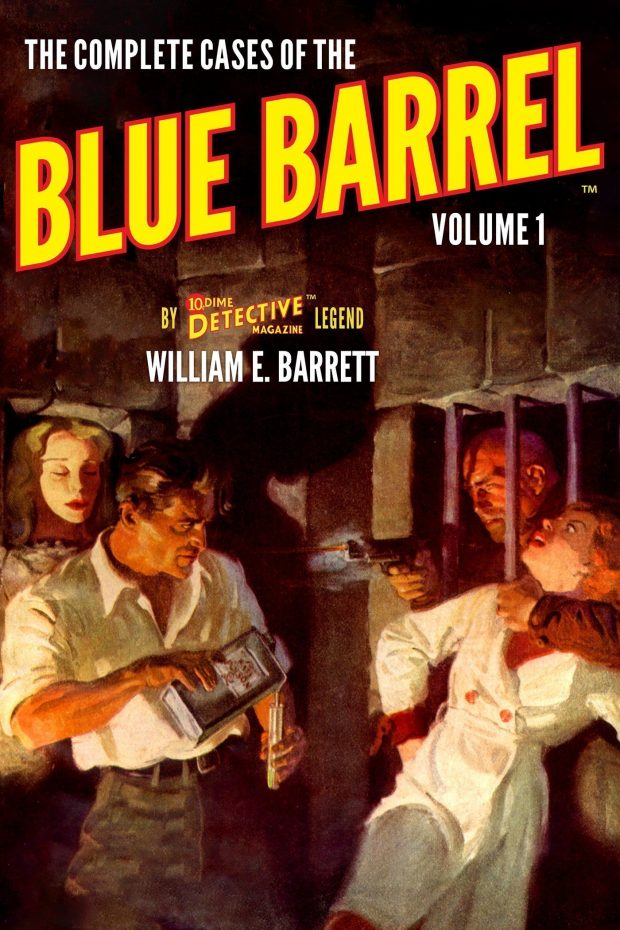 The Complete Cases of the Blue Barrel, Volume 1 (The Dime Detective Library)

Written at the height of Dime Detective’s popularity, author William E. Barrett (Lilies of the Field) penned this series featuring newspaperman Dean Culver, whose column—The Blue Barrel—dispensed gossip on the criminal underworld. No one called Dean Culver the Blue Barrel—for no one knew he was the author of the underworld-gossip column signed with that name each night in the Morning Star. If the easy-money players had ever guessed that the man who paid them off was the Walter Winchell of the other side of the law, he’d he cashing in his own checks at the first turn of the wheel, instead of those of the gamblers he spun it for. 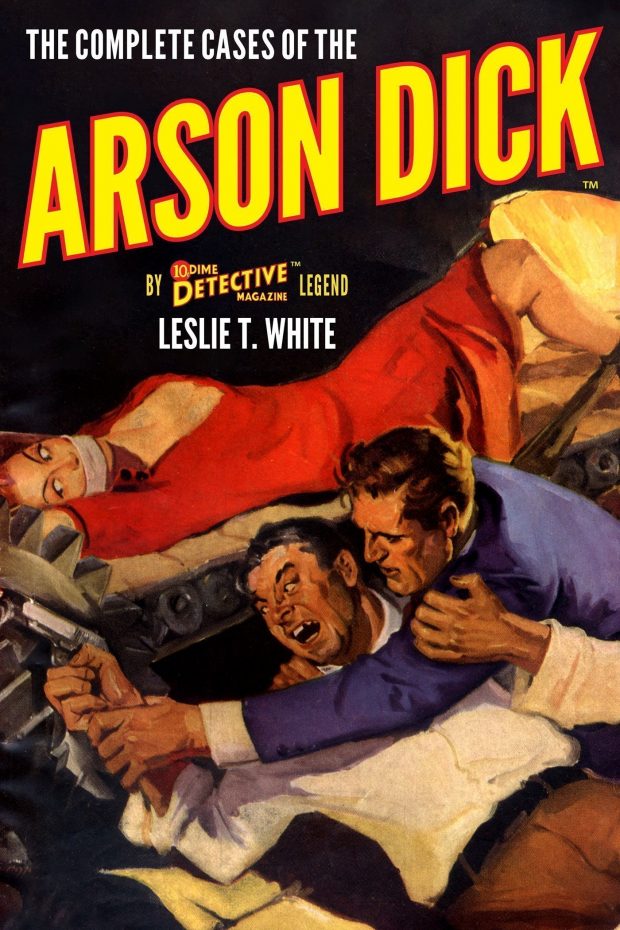 The Complete Cases of the Arson Dick (The Dime Detective Library)

Detective Todd Naughton of the central-office arson squad investigated some of the strangest arson and murder cases ever to appear in Dime Detective Magazine. Originally seeing print during the peak 1936–37 period of Dime Detective, this four-story complete series has never before been reprinted. 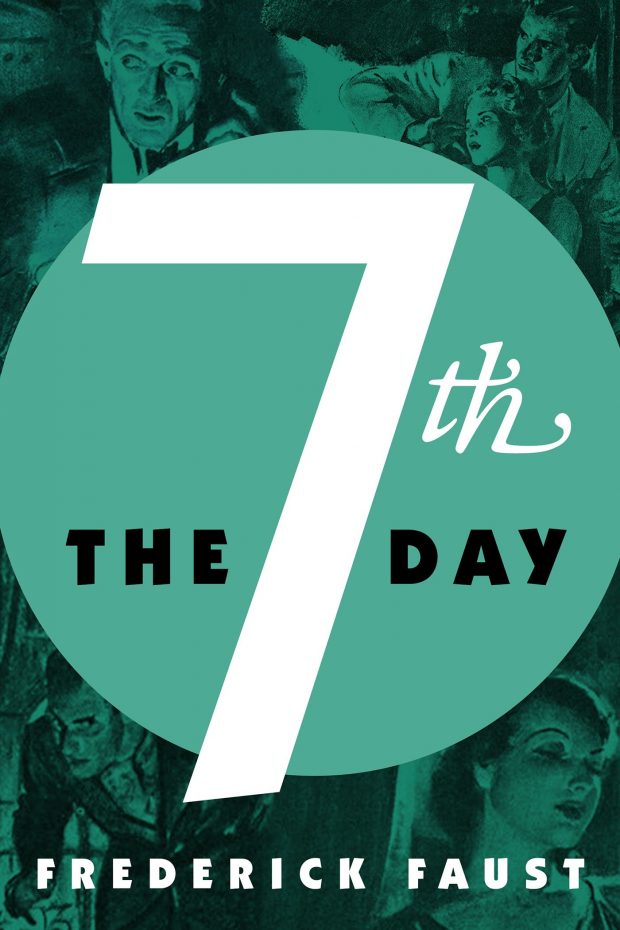 Seven days to solve a murder! Tony Newcomen, a fiction writer, gets a call from his friend and mentor, Thomas Decker. Decker believes his life is in danger—but he’s unable to offer more information, as he is murdered while on the phone! Determined to uncover his friend’s killer amidst the idle rich and lavish estates of 1930s Florence, Newcomen will stop at nothing to bring the guilty to justice. He must walk a razor’s edge as he digs deeper into the case. The local police are out to get him, he’s in danger of losing his heart to the prime suspect and the murderer is more than willing to add another victim to end the investigation.

Out of print since its original magazine publication more than 80 years ago, The 7th Day appears here in book form for the first time. Rich in atmosphere and with an intriguing cast of characters, The 7th Day is Frederick Faust at his nuanced best.

Also included is the short story, “Devil Dog,” which takes readers into the frozen wasteland of Alaska for a harrowing, fast-paced tale of murder and revenge in the fevered quest for gold. 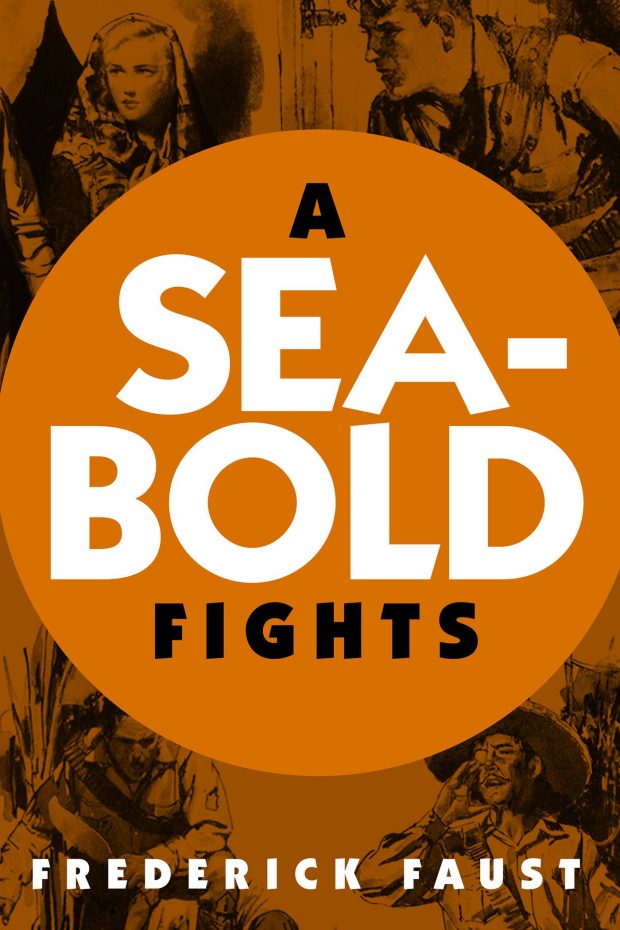 The best steel goes through the fire: Joseph Seabold hates the family business. But his aging cousin—running the Seabold Fruit Company—sees the young man as his successor. To test his mettle, he sends Seabold south of the border to the Republic of San Esteban where the company has a hand in the local politics to keep the company running. But revolution is brewing: the Republic is a powder keg about to explode! A naive mistake brands Seabold an enemy of the state and he has no choice but to join the revolution to overthrow the government. What follows is a roller-coaster ride of gritty battles, cold betrayals, steamy romance and heartless double crosses as only Frederick Faust can deliver.

This riveting tale has never been reprinted and appears in book form for the first time. Frederick Faust fans rejoice! This long neglected classic is back for a new audience to devour. This is Faust at his best. 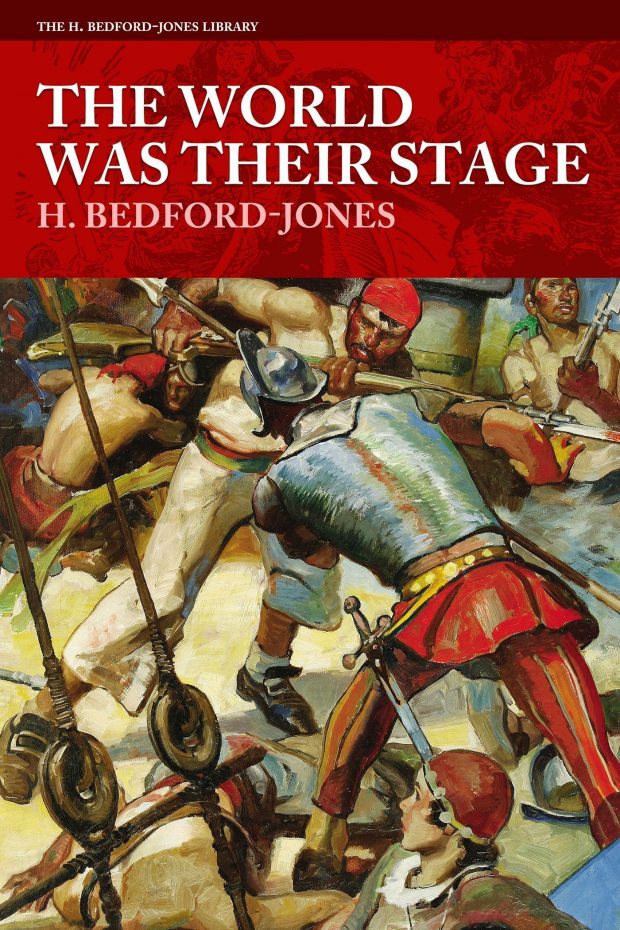 The World Was Their Stage (The H. Bedford-Jones Library)

Spanning ancient Roman times, Normandy, medieval England and Germany, France, and colonial America, and including appearances by Cleopatra, d’Artagnan, and Cyrano de Bergerac, author H. Bedford-Jones details some of the most pivotable moments in history in this interconnected 17-part historical epic. The World Was Their Stage is one of the longest novels written by “the King of the Pulps,” H. Bedford-Jones, and has never before been reprinted. 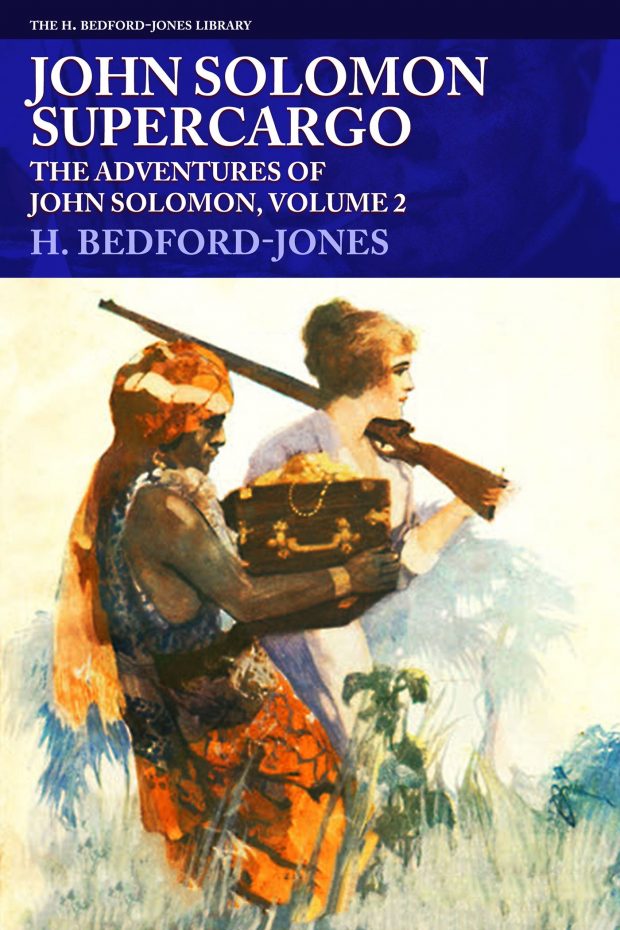 Continue the story of John Solomon, author H. Bedford-Jones’ longest-running series character, with this next book in the series. 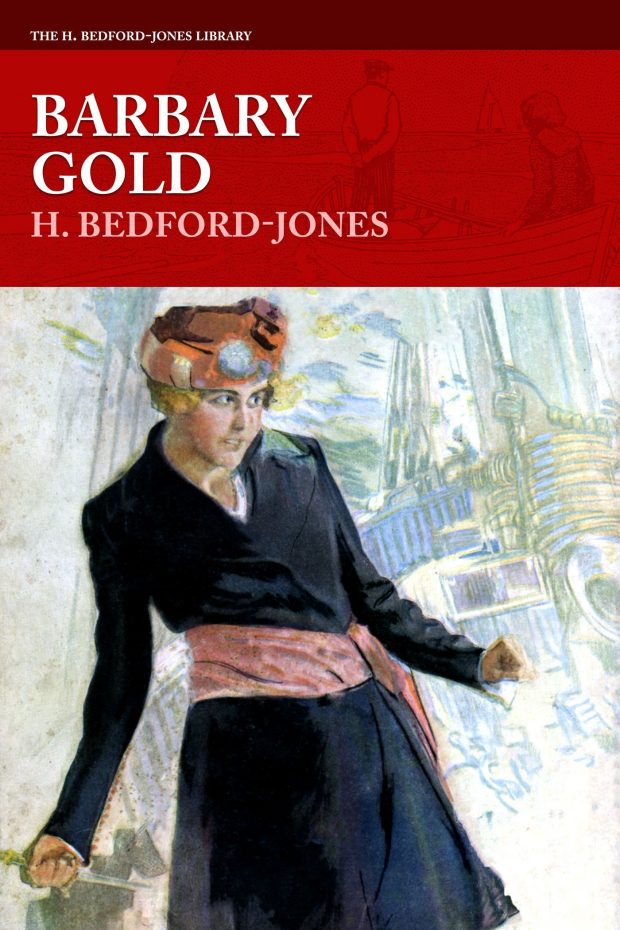 Sunken treasure in the Barbary waters off Africa! A group of three wartime adventurers are after a fortune in German gold: a sunken sub hides the horde, but they’ll have to fight pirates, Germans, and unknown dangers to recover it.

Written in the early days of the career of the prolific “King of the Pulps”—H. Bedford-Jones—Barbary Gold has never before been collected in book form. It’s a fast-paced adventure… the type which made H. Bedford-Jones one of the most beloved authors of the first half of the Twentieth Century.

The Altus Press Fourth of July Weekend Sale Is On!