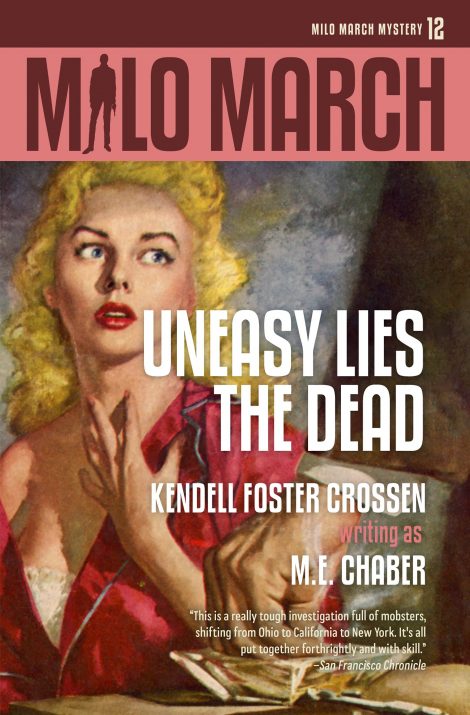 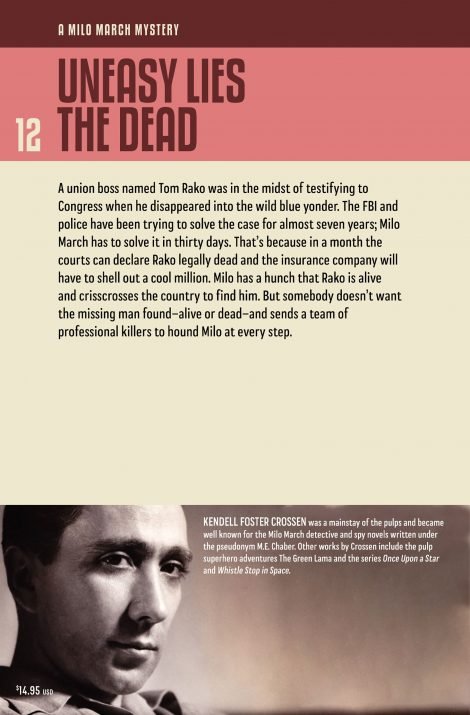 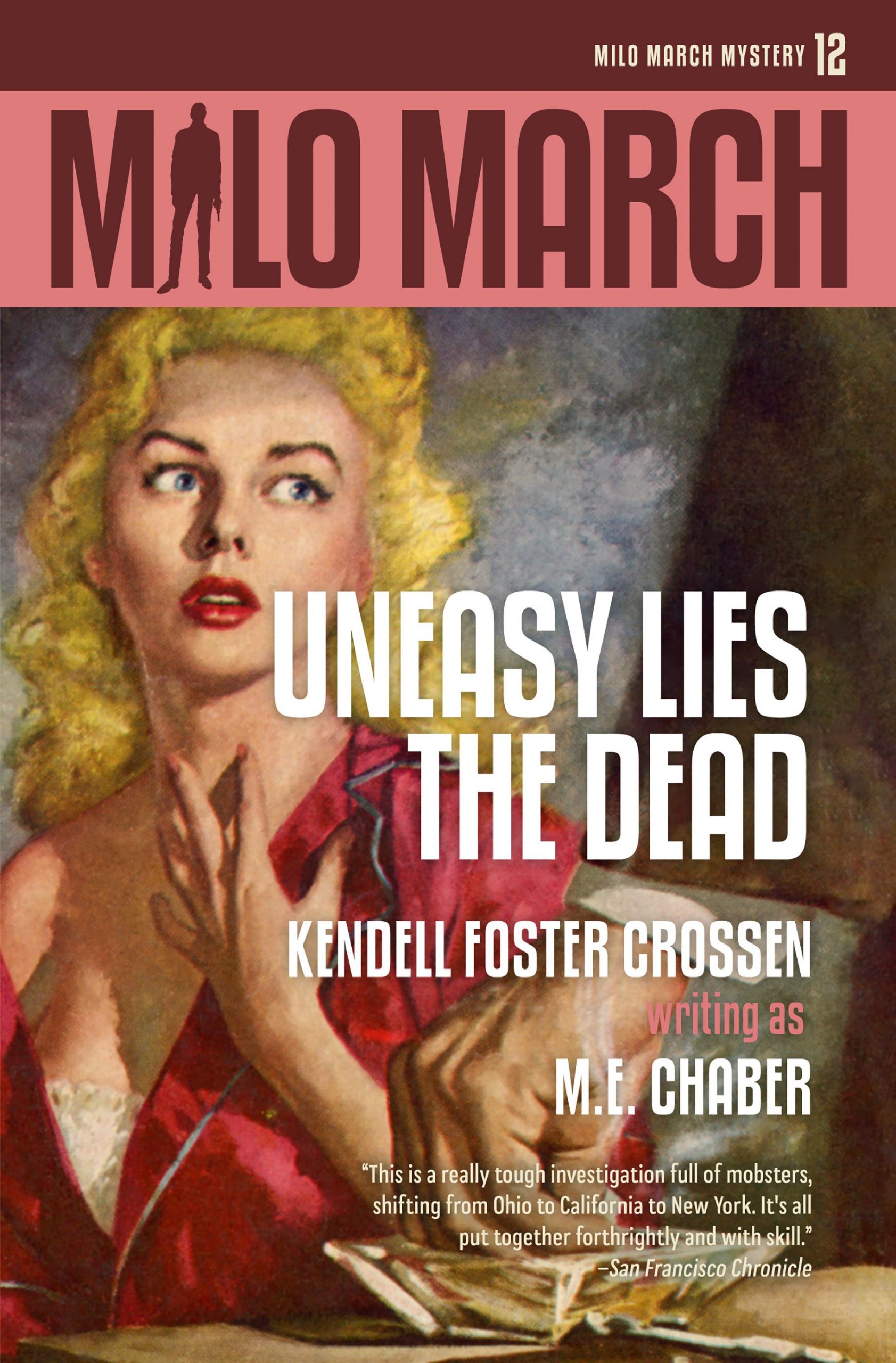 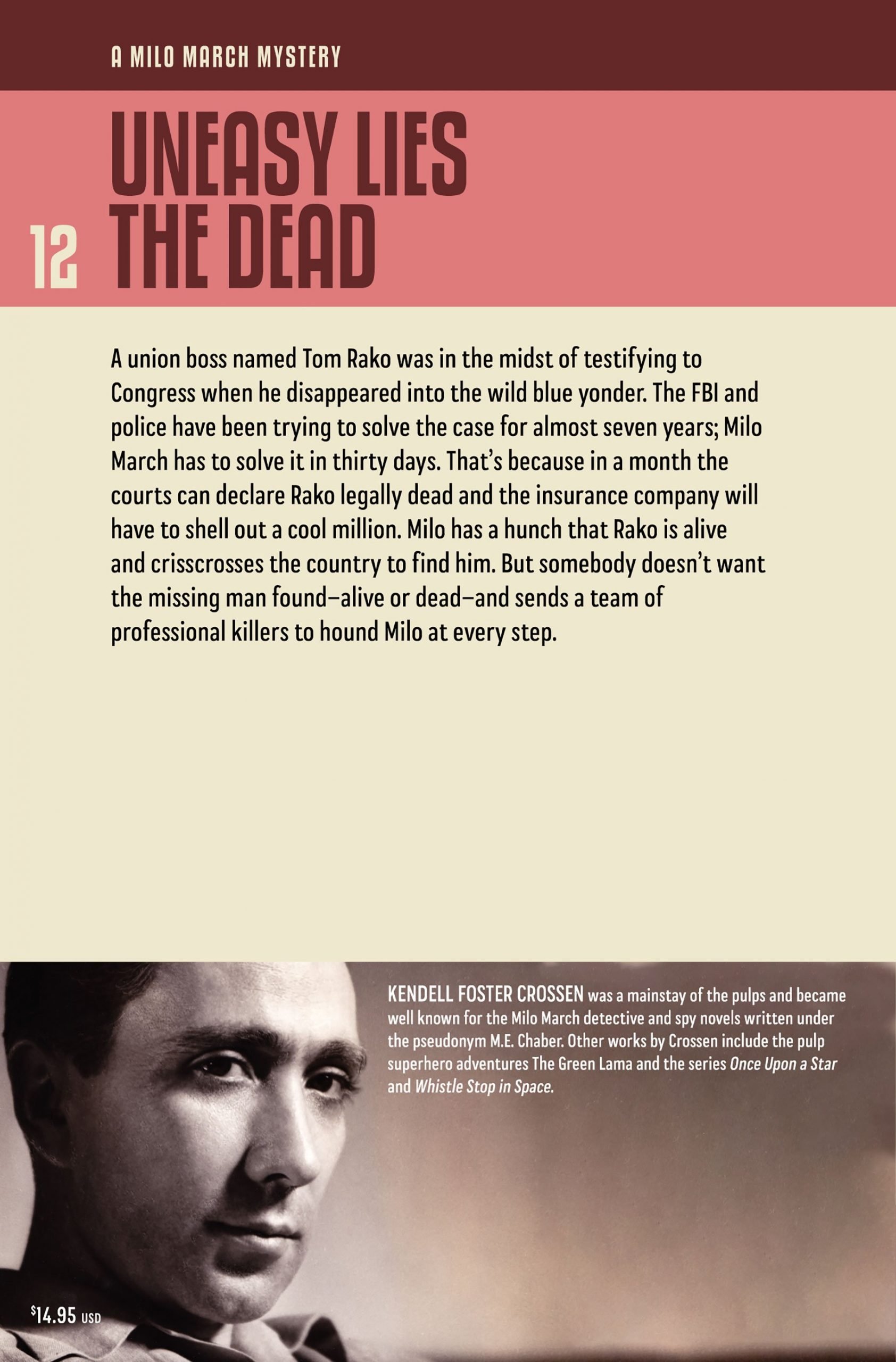 A man disappeared seven years ago, and his large life insurance policies are ready to come due unless he is found alive. He’s a union boss and gangster who was in the midst of testifying to Congress when he mysteriously vanished. Hoping to save the insurance company a million dollars, Milo March crisscrosses the country to find out if he’s still alive, with a pair of professional killers on his tail, determined to stop the investigation.

Milo March’s new assignment from Intercontinental Insurance: unearth Thomas Rako, a notorious mobster who vanished right in the midst of a House committee investigation of the Carrier Workers Union where he was the chief witness, and bring him back alive—or Intercontinental will be poorer by a neat million dollars.

There are just two problems. Rako disappeared seven years ago. And the combined forces of the FBI, local police in several states, and Congressional investigators have turned up very little for Milo to go on. He has one month before the statute of limitations comes into effect, the time when Rako can officially be declared dead and the million dollars will have to be paid out.

There is no time for orthodox methods. Besides, they were already used for almost seven years with no luck. So Milo tries guessing what had happened. A sensible conclusion is that somebody put out a contract on Rako. But Milo thinks he may still be alive and hiding out somewhere. To get away with it and to continue to get away with it for this long, he’d need help. Who helped him—and why?

With some luck—and plenty of skill—March follows a dim trail that crisscrosses the country from Cleveland to Washington, DC, to San Francisco and back to New York, tailed by two of the country’s most efficient hired killers and the barely concealed threats of a powerful gangster turned businessman.

Be the first to review “Milo March #12: Uneasy Lies the Dead” Cancel reply