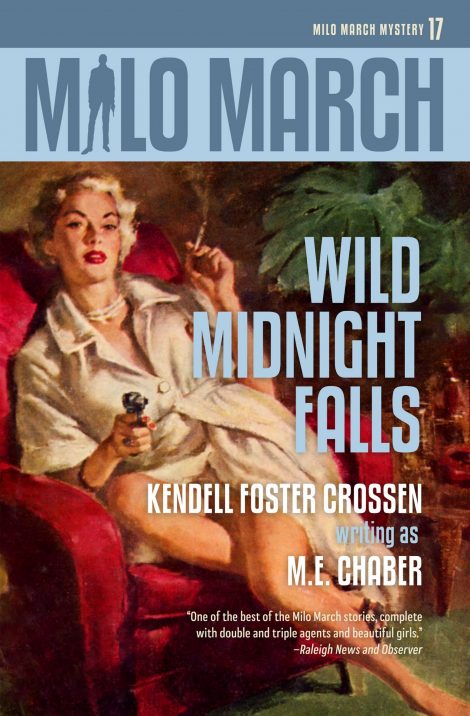 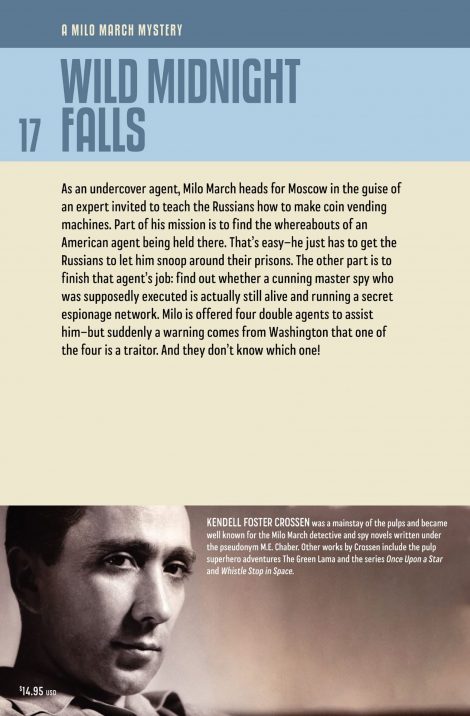 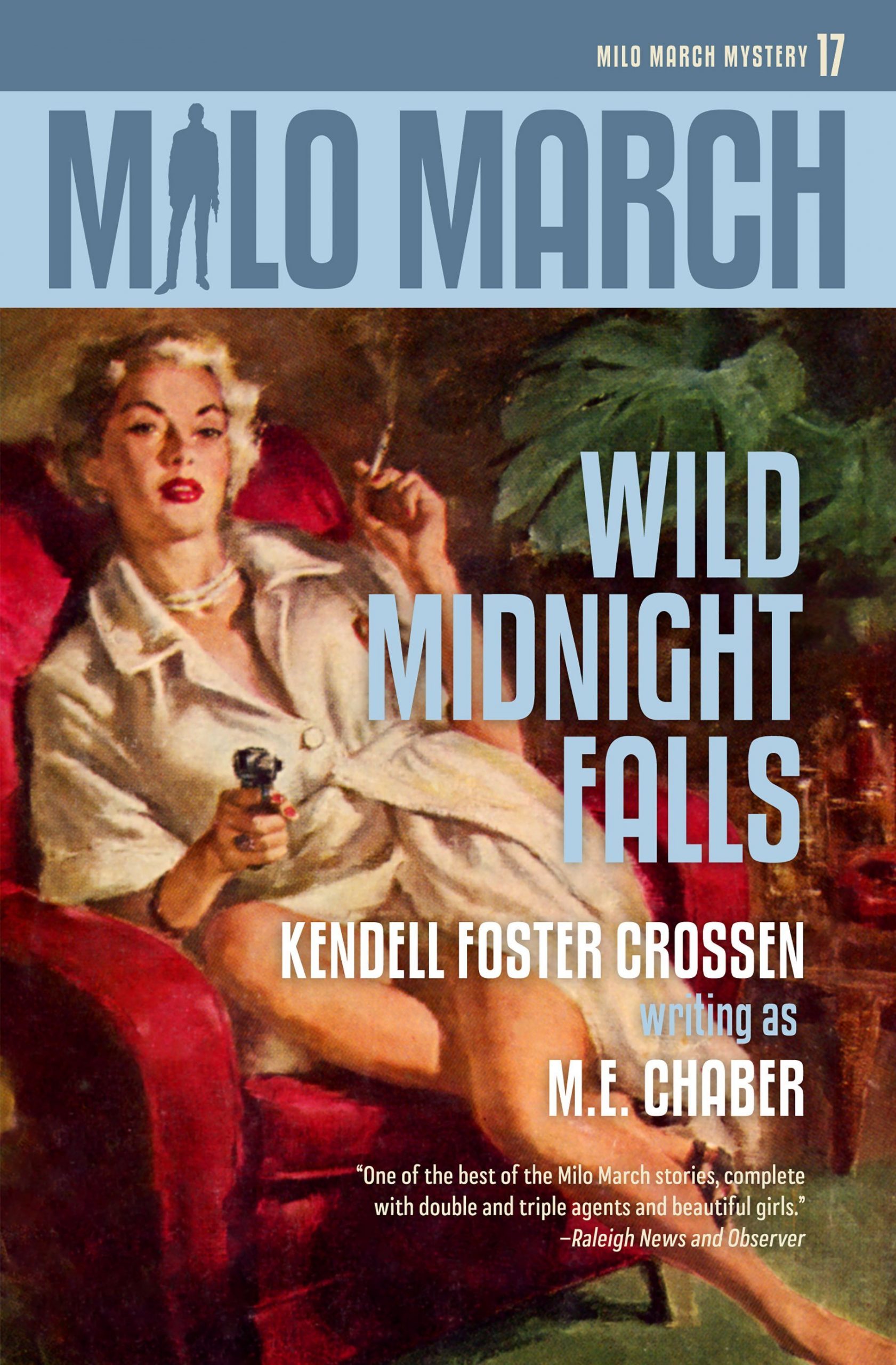 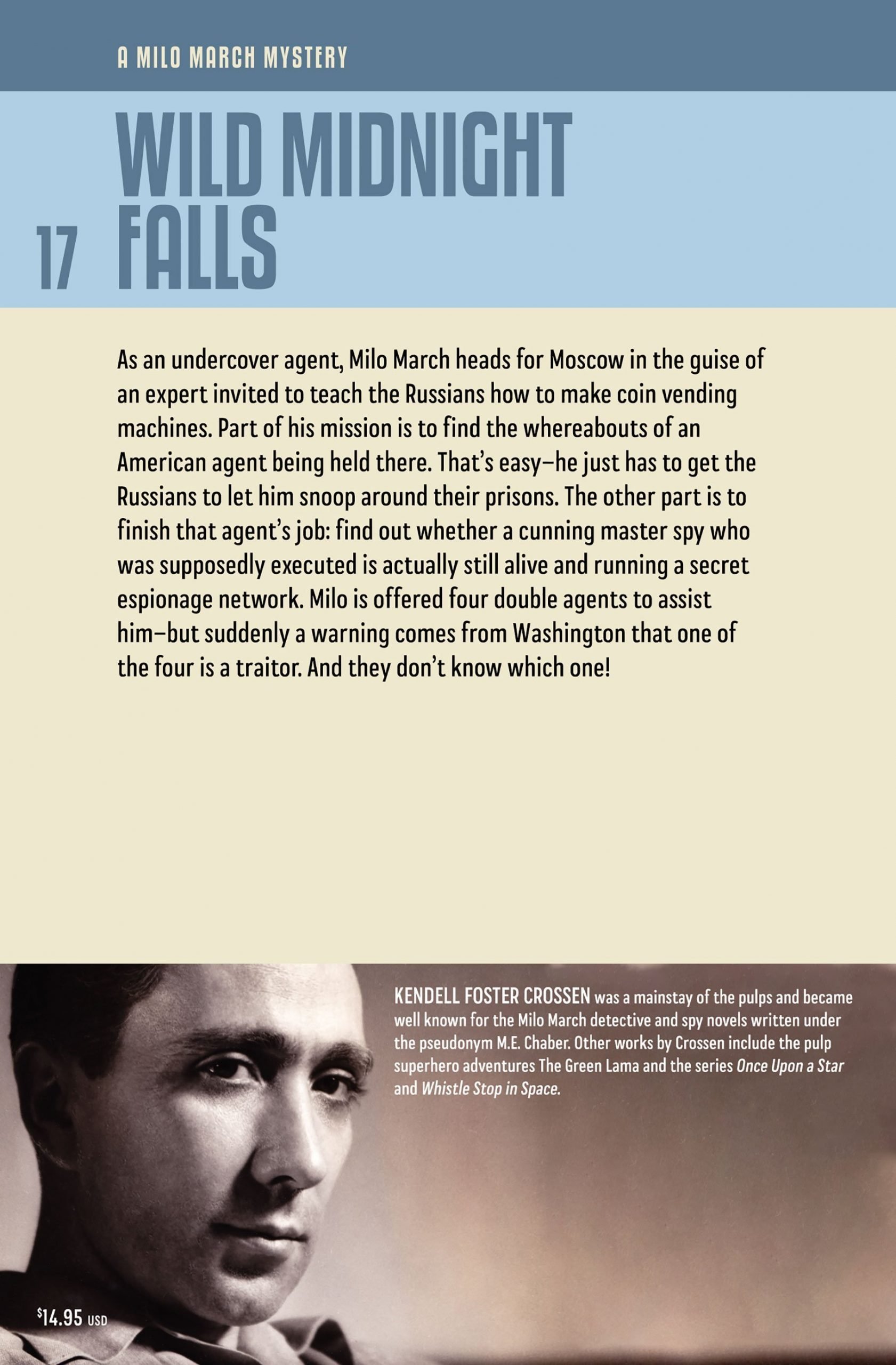 As a CIA agent, Milo March goes undercover as a vending machine expert invited to teach the Russians how to build their own machines. His dual mission is to find a missing American agent and to solve a World War II mystery about a Soviet spy who was supposedly executed by the Japanese but who may be still alive and operating secretly.

Once again, private eye Milo March, a Major in the Army reserves, is recalled by the CIA for a special mission. At a time when relations between the U.S. and Soviet Russia are somewhat relaxed, the Russians have asked a Syndicate-owned American company to send an expert to teach them how to build coin vending machines and plan where to install them. The CIA easily makes a deal with the Syndicate, and Milo is assigned to go undercover in the guise of this expert.

Since both the Syndicate and the Soviets know who Milo March is, his identity must be kept secret. The CIA provides Milo with I.D. papers and a history covering his entire life as a gangster named Peter Miloff. After a crash course in vending machines, he is off to Moscow. Never mind that the Russians have his fingerprints on file. He will spend much of his time opening doors with his palm and closing them with his elbow.

Milo’s mission is twofold. First there’s an American agent who disappeared into a Russian prison somewhere, and Milo has to figure out where he is. The other assignment is to finish that agent’s job: find out whether a master Soviet spy who was believed killed during the war is actually still alive and running a special espionage bureau.

And so our hero arrives in Moscow armed with several 007 gadgets and a gun, without which he would feel naked. He has also been offered the assistance of four double agents, two Russian nationals and two Yugoslavs. Just as Milo is deciding that he cannot expect much from these little helpers—apart from the company of the two who are lovely young women—a warning comes from Washington that one of the four agents is a traitor. But which one? The Russians are good at playing the cat-and-mouse game, and now Milo had become the mouse….

“A wild farrago of double and triple espionage as March locates a missing agent, solves a World War II mystery, and spikes the Syndicate’s plan for overseas expansion. One of Milo’s best jobs.” —Columbia Dispatch

“Dauntless insurance investigator Milo March has survived and conquered in some wild and woolly situations, but none so wild as Wild Midnight Falls.” —Anniston Star