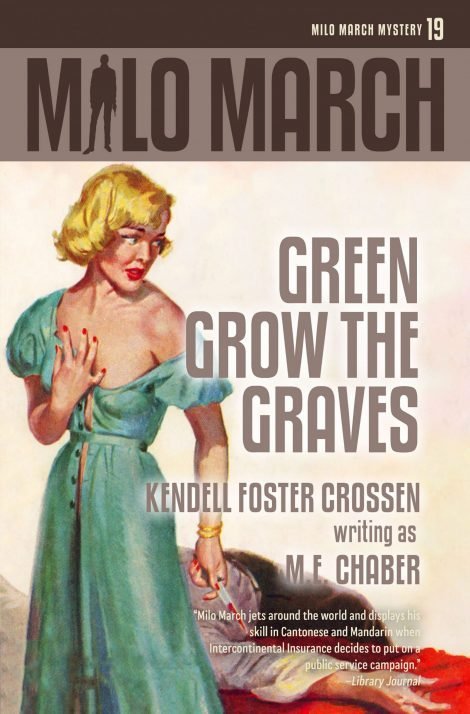 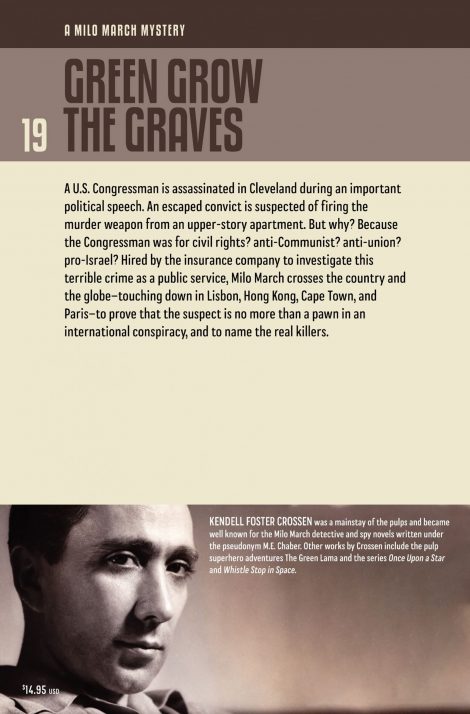 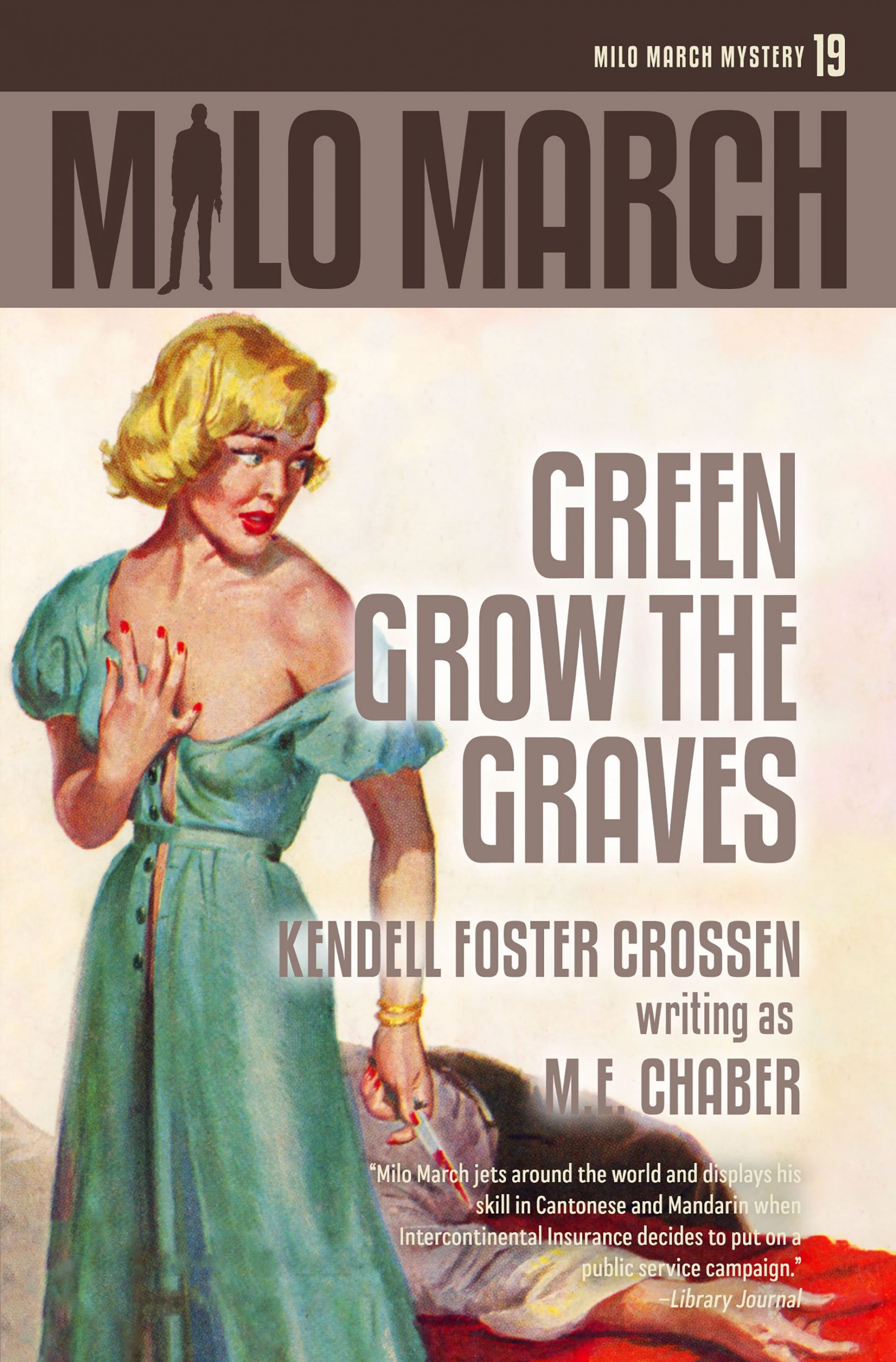 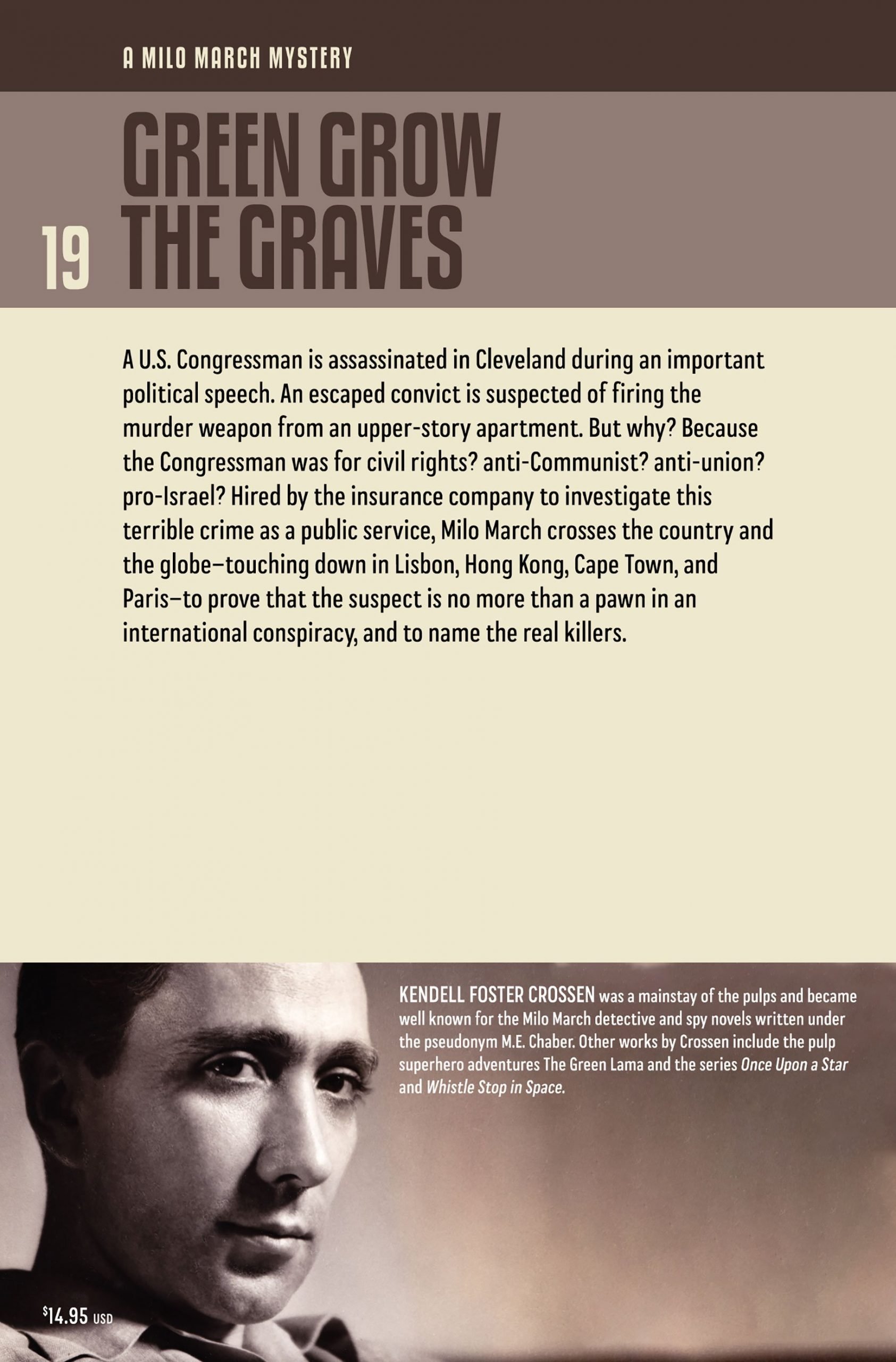 After the shooting death of a Congressman, the FBI and police are unable to locate the prime suspect—a loser with an unforgettable face. Intercontinental Insurance sends their best man, Milo March, to capture the assassin as a public service. The chase sends Milo from Cleveland to the West Coast (where he questions a shady plastic surgeon), to Lisbon, Hong Kong, and Cape Town, and to a final confrontation in the City of Love.

People always say it sounded like a firecracker at first. But it was a rifle shot that rang out from the fourth story of an apartment building in Cleveland, killing a handsome young Congressman as he delivered a speech. The suspect is Eugene Crown, an escaped convict who rented the apartment, but no one knows where he is now. After four weeks of intensive nationwide search, the police and the FBI have still not captured him.

Then Intercontinental Insurance gets the bright idea to hire its best investigator, Milo March, to capture the killer―as a public service, of course. They are determined to prove that a large corporation can have a soul, and they’re going to do it even if it kills Milo.

But it won’t. Milo will crisscross the country and the globe in search of the truth: Cleveland, Columbus, San Francisco, Los Angeles, Reno, Lisbon, New York City, Hong Kong, Cape Town, Paris… even a little old mining town in Arizona. All the while he is dogged by a sneering white-haired gangster determined to get to Crown before Milo does―to shut him up.

Milo doesn’t believe that Eugene Crown is the real culprit. He was a born loser by all accounts, and now, suddenly, he’s a master criminal? Clearly Crown is no more than a pawn in a well-organized game of death.

But why the Congressman? Because he was for civil rights? anti-Communist? anti-union? pro-Israel? There had to be an international conspiracy behind the deed, a group of men with a lot of money and one simple idea in common: Stir things up. Put the blame on the Left, the Right, the blacks, the whites, whoever—but scare everybody so that the men can get the things they want….

“The assassination of a congressman in the middle of an important speech, an escaped convict, a suspected international conspiracy, and ace insurance investigator Milo March combine to make a first-class thriller.” ―Long Beach Independent

“Milo March jets around the world and displays his skill in Cantonese and Mandarin when Intercontinental Insurance decides to put on a public service campaign.” —Library Journal