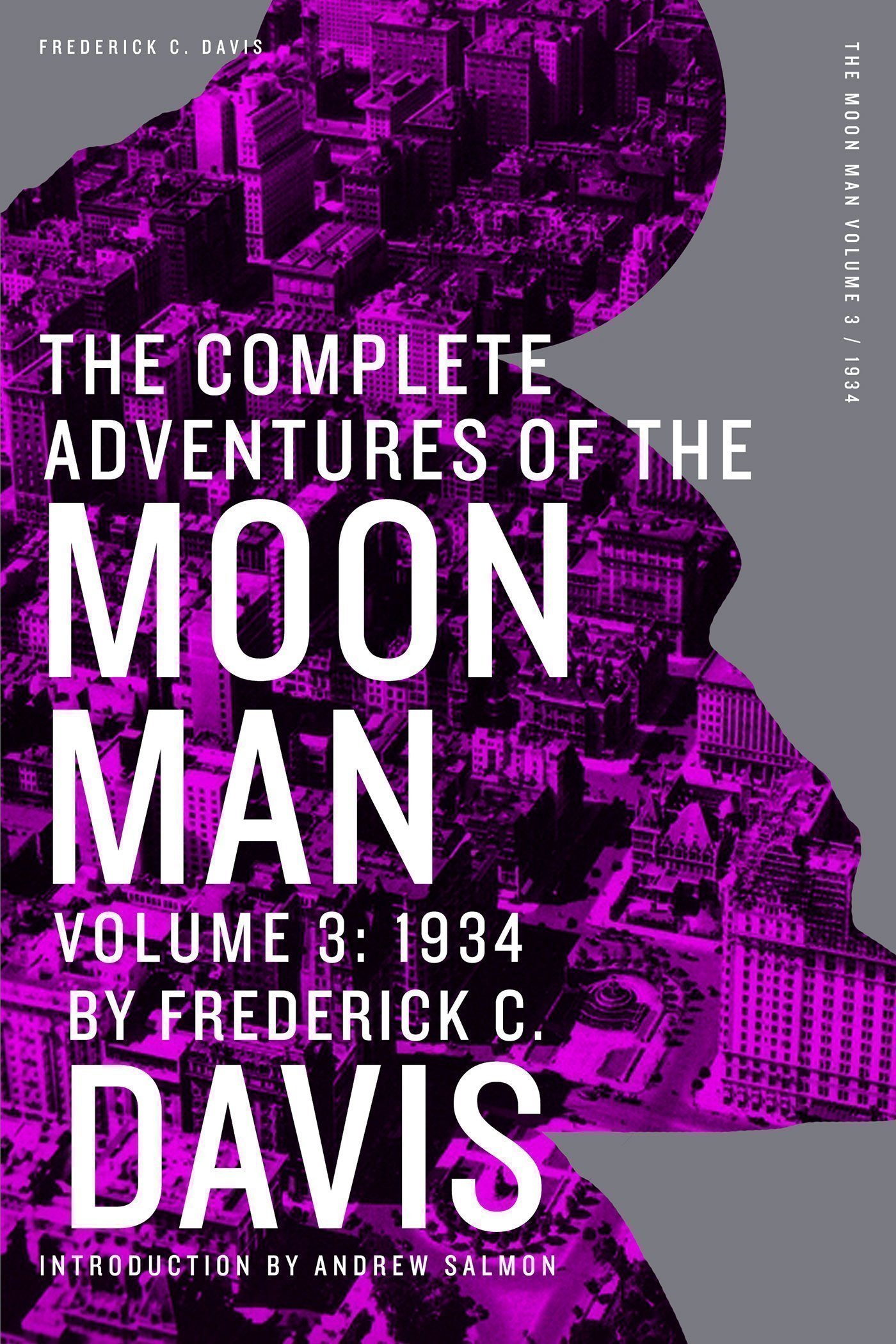 One of the strangest pulp heroes is finally available from Altus Press! Created by pulp fiction legend Frederick C. Davis for the pages of the ultra-rare title, Ten Detective Aces, the Moon Man fought the forces of the underworld in 38 unforgettable tales. Volume 3 collects the next six stories from this series: “Moon Doom,” “Calling Car 13!,” “Fingers of Fear,” “Corpse’s Alibi,” “The Sinister Snatch” and “Badge of Blood.” And it includes an all-new introduction by Moon Man expert Andrew Salmon.

From 1933–37 pulpsmith extraordinaire Frederick C. Davis chronicled the adventures of the classic pulp hero the Moon Man in the pages of Ten Detective Aces. One of the most unique and compelling characters in the history of the genre, the pulp superhero Moon Man was the Robin Hood of the pulps: He stole from those who profited from the misery of the Depression to help those in need, to balance the scales of justice.

The Complete Adventures of the Moon Man, Volume 3: 1934 by Frederick C. Davis contains the following stories: