At last, Altus Press has completed another multi-volume complete series… running for three issues in the mid-1930s, Dr. Yen Sin battled Michael Traile, the Man Who Never Slept, as he strived for world domination. The third and final story, The Mystery of the Singing Mummies, makes its debut this week. Written by Donald E. Keyhoe (author of the Richard Knight series, among others), it’s available on sale for a limited time.

Also debuting this week is The Case of the Suicide Tomb, the fourth story in the Mysterious Wu Fang series. This too is on sale for a limited time… and only at altuspress.com 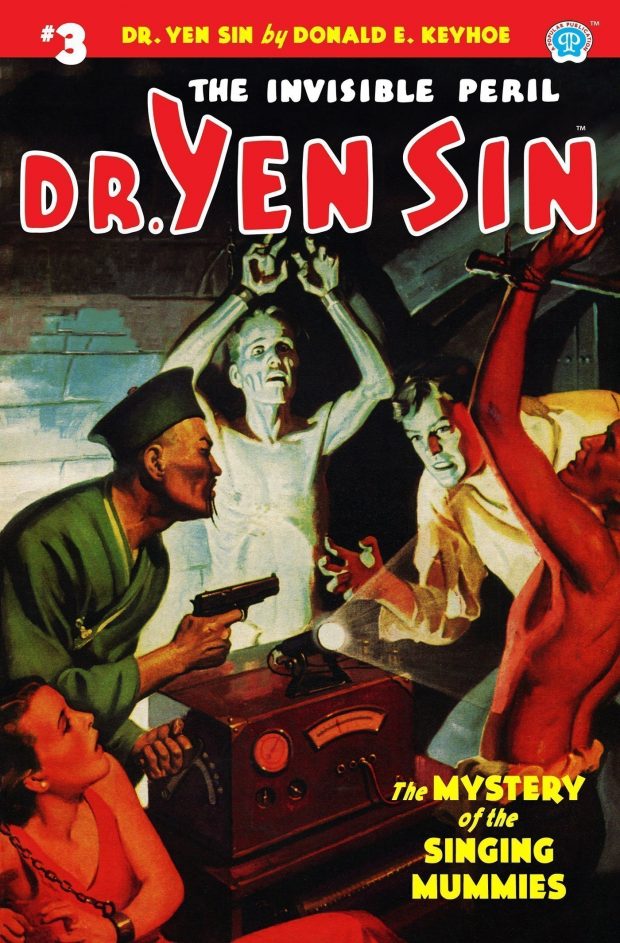 To the teeming city of the Golden Gate the sinister Doctor Yen Sin had transferred his base of operations—and there, under cover of the fog-shrouded Frisco night, he set loose the most ghastly weapon in his whole armory of mysterious torture devices—the curse of the Singing Mummies. In ten minutes by the clock, to the accompaniment of that insidious, eerie music, living men and women underwent their ghastly metamorphosis, became fit occupants for the coffin-cases of ancient Egypt. How could the saffron-skinned crime-emperor accomplish the change? How could even Michael Traile, the Man Who Never Slept, hope to cope with the devilish Thing? 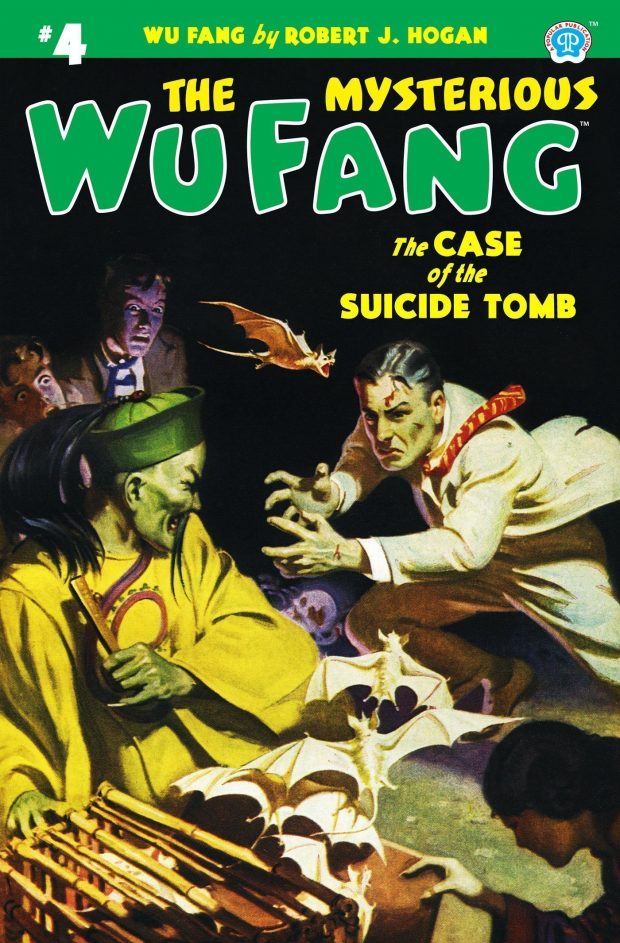 The Mysterious Wu Fang #4: The Case of the Suicide Tomb

“With the secret of the plague of Suicide Tomb, I shall control all men and their destinies. I have arranged my bargain with death and the devil; now men shall do my bidding.” Thus spoke Wu Fang, secure in his Dragon’s Lair, surrounded by his ministry of murder!… Not far away, innocent of the Yellow Fiend’s purpose, was the only man who dare combat him—Val Kildare, watching and waiting; ready for the Crime Beast to show his hand!