Altus Press has released two more installments from their multi-volume reprint series of The Moon Man and Dusty Ayres and His Battle Birds.

Written by Robert Sidney Bowen, Dusty Ayres and His Battle Birds chronicled a war of an alternate future. Published over twelve installments, this series was written with a specific ending in mind. For these editions, Altus Press has restored all of the original illustrations and text (both of which have been lacking from previous reprints of this series). It’s an amazing account of the next great war!

The Complete Adventures of the Moon Man, Volume 5: 1935 continues the reprinting of this action-packed series by Frederick C. Davis from the pages of Ten Detective Aces. This volume collects “The Dial of Doom,” “The Bleeding Skeleton,” “The Masked Scourge,” “The Master of Murder River” and “Counterfeit Corpse.” And it includes an all-new introduction by Moon Man expert Andrew Salmon.

Get both at www.altuspress.com at a discount. 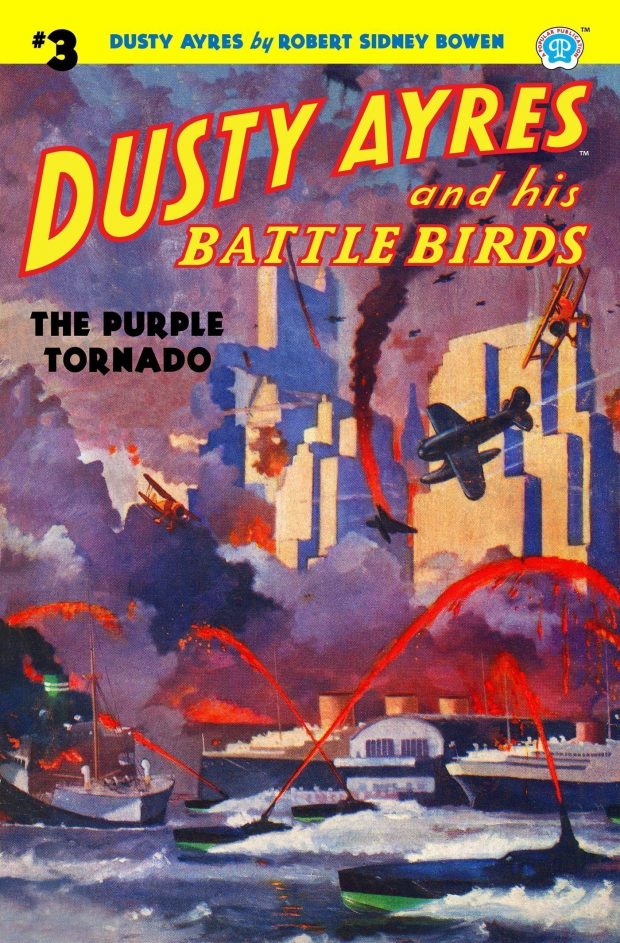 Dusty Ayres and his Battle Birds #3: The Purple Tornado

Thick, deadly, that curtain of purple gas stretched along our border from Maine to the Great Lakes. What did it hide? What gigantic war scheme was the enemy preparing behind it? The Fate of America depended upon knowing these answers in time—and grimly Ayres vowed to find out, flying a one-man patrol against the greatest military coup ever planned! 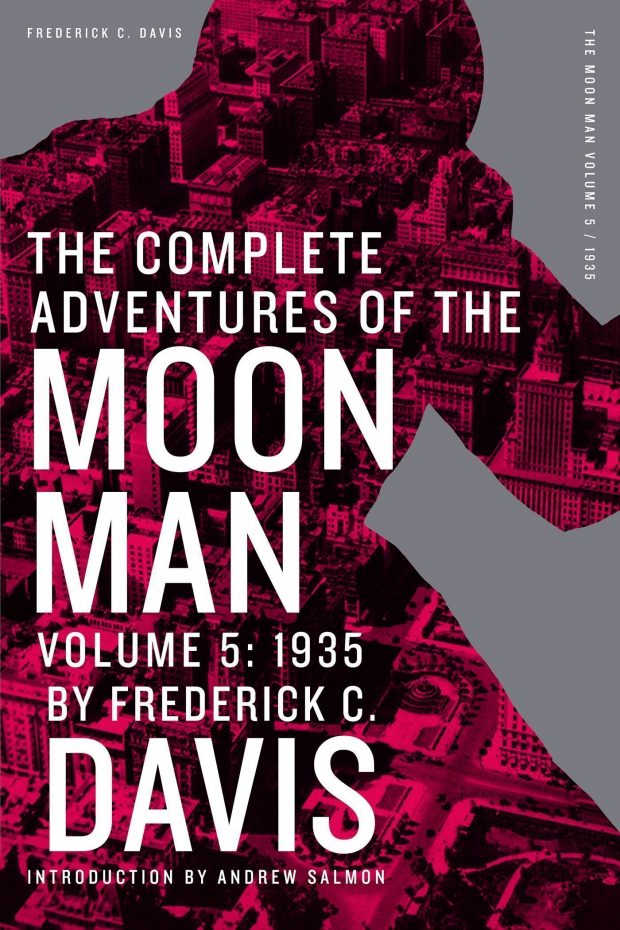 One of the strangest pulp heroes is finally available from Altus Press! Created by pulp fiction legend Frederick C. Davis for the pages of the ultra-rare title, Ten Detective Aces, the Moon Man fought the forces of the underworld in 38 unforgettable tales. Volume 5 collects the next five stories from this series: “The Dial of Doom,” “The Bleeding Skeleton,” “The Masked Scourge,” “The Master of Murder River” and “Counterfeit Corpse.” And it includes an all-new introduction by Moon Man expert Andrew Salmon.

The Mysterious Wu Fang Continues, Plus a New Pulp T-Shirt